“-The altitude, sir — it gives headaches.”
-Reality and memories give me headaches.”

There comes a time where you just want to go through your VHS collection (or maybe just your movie list on Netflix), pop it in the player, kick back and relax. Nothing too serious, nothing that teases your brain too much. You’re just looking for a fun ride to help you forget about the long and dreadful day you had. Don’t tell me you don’t know what I’m talking about cause I’m pretty sure it’s what you just did before checking out this review. Well I’ve got news for you. Books can get the same job done and you know it. James Garmisch wrote Silver, Lead and Dead. A story packed with so much action and gruesome violence, it is bound to keep you hooked and astonished throughout the book. Not only does it manage to squeeze in details that could possibly be factual, it delivers a story with more firepower than an army of 10 000 men. The book follows the adventures of Evan Hernandez as he embarks on a undercover mission that sets him up on a one way flight to a dark past he’s been avoiding for years. In the midst of his mission, tears are sweat, blood is shed and countless men fall. From a mission to save a kidnapped individual from the grasp of bad, bad men to one that extends to a cartel war,  Silver, Lead and Dead is a fictional crime thriller with a touch of realism that isn’t easy to discern.

“Betrayal for a greater cause. It still hurts, yet it a burden paid for by many of the greatest world leaders throughout history. The ends justify the means.”

James Garmisch’s writing style captures readers in a fast-pace action tale. In fact, the story has enough material to orchestrate a action-packed movie. The story starts off slowly, introducing characters individually by jumping straight into the action. You’d be surprised how fast the plot goes from calm to disaster. In just a couple of pages, readers get a good taste of how much explicit content might be in store them. The author also inserts historical aspects throughout the introduction and gives readers insight on political and historical events. I thoroughly enjoyed reading about characters that have actually existed and events that happened in real life while reading Evan Hernandez’s fictional story. The author managed to smoothly blend reality and fiction throughout the story without losing my attention. This especially helps readers gauge the magnitude of criminal activities, notably drug cartels, private illegal military operations, secret deals between criminal kingpins and what not.

The story however drifts, slowly but surely, into a more action-filled adventure once readers get acquainted to Evan’s big change in life plans. It strays away from the description of real life events or characters and plunges into the fiction itself, focusing especially on the mission at hand and helping readers indulge in the insane mission the characters undergo. This change of style might have been a little unpleasant considering that the book started off in a style, having me believe that it would continue to wander between fiction and reality, and then changed courses in the middle of it. I thought what made the book fascinating what stripped from it as it jumped into a more chaotic, Rambo meets Die Hard, type of story. Speaking of which, I can’t go on without mentioning the ending of this story. I have to say that I’ve never read a story with such a crazy, wild, insane and fiery ending. Complete chaos. Complete pandemonium. It felt like it was the end of the world. As I mentioned earlier, this is the part where you get hooked and just want to sit back and relax while so much happens.

“The more arrogant, bold, and outright crazy an idea seemed, the more likely it was to work, especially in today’s world.”

Silver, Lead and Dead introduces reader to a bunch of interesting characters. Among them, two of the major characters are protagonist Evan Hernandez and his partner (at least for the mission) Roger. Evan is without a doubt the bad-ass with a sense of humor that everyone has a difficulty to adhere with. His past experiences has made him the wise and experienced soldier that every army wish to have as a leader. He likes to pick on people’s weaknesses and turn them into jokes. Personally, it was pretty difficult to be attached to the character and to enjoy his company. Other than his combat skills and sense of justice, he remains rather detached and hard to love. On the other hand, Roger has a softer side in him and has potential to be more easily relatable for readers, but his personality isn’t as much explored as the protagonist. There are also a lot of other characters that are presented throughout the story but as you read, the number of players in the game become quite staggering. Once you reach the big finale, you’re bound to forget some of the characters and their personas making their appearances less reassuring. 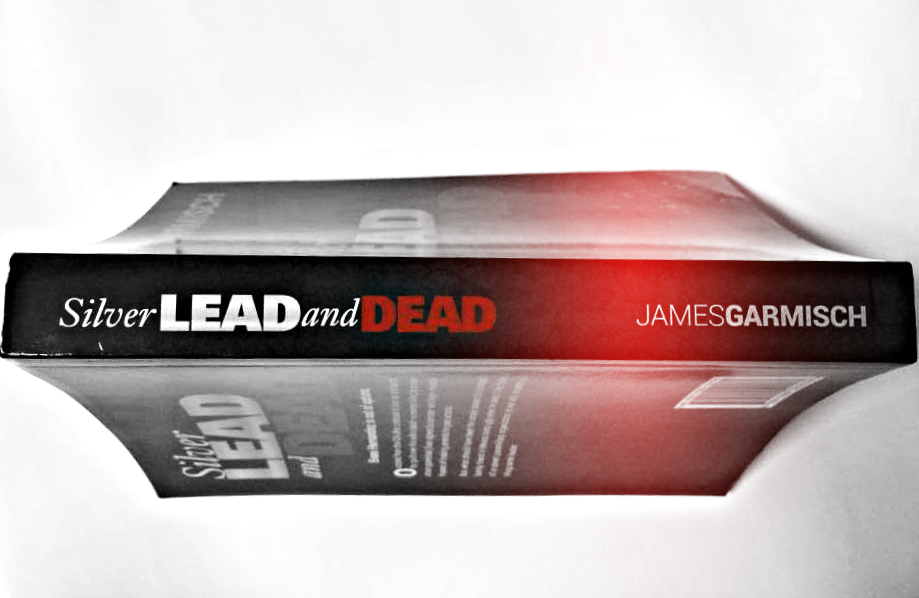 “That, Reo, is why loose ends are dangerous. Data and intelligence are only as good as the chess player who uses it.”

James Garmisch wrote an exhilarating and action-packed adventure bound to entertain any person. Putting together a story around drug cartel, human trafficking and paramilitary missions, Silver, Lead and Dead delivers a fun and exciting plot. The author depicts a world with more corruption, violence and murder than the mind can take. It gets you to wonder what insanity might be going on in the dark corners of the world as we live our lives with more privileges and rights than a good number of people. The book also portrays the senseless acts of violence, although scary at times, in a genuine matter that some books tend to avoid. It definitely helps readers keep their eyes open as they read this novel and swallow the harsh realism of some actions that Hollywood movies often desensitize (gore is gore, my friend). If you’re interested in a secretive world filled with vendetta, violence and corruption, you should definitely check this novel out.

Hey buddy, don’t forget to share your thoughts of this review, as well as like and follow us so we can get you guys reviews to enjoy. So how about you try this novel for yourself? If you’re interested in this story, you can purchase a copy of Silver, Lead and Dead