“Freedom of speech is a powerful thing — so long as nobody’s listening.”

This is the most epic, mind-boggling, creative, throne-worthy, and more-colors-than-an-90s-arcade-game piece of garbage that the comic industry must have ever known; I really hope it can’t get worse than this. Almost two decades after the release of The Dark Knight Returns by Frank Miller, the man returns with a brand new storyline—I don’t even think that’s appropriate. You know how a writer has an idea and feels the urge to scribble it away as soon as paper meets hand? Well, Frank Miller didn’t have one. What he has created for our fellow comic readers is a nightmare where anything and everything goes. From News in the Nude to a sadistic Batman who barely even appears in a comic while his name’s on the cover page. “The Great Miller” has stooped very low to release a sequel to what a lot would call a masterpiece. Albeit some very interes- no. Fuggedaboutit (Manhunter’s voice). Nothing interesting in this bowl of baloney!

I must proclaim that The Dark Knight Strikes Again is the most mentally challenging comic when it comes to describing its plot. All over the place. Skipping basic premises. A complete mash-up of the DCU superheroes, from the Justice League to Saturn Girl (who the f**k is that, right?). All hate aside, this sequel follows the events three years after the ending of The Dark Knight Returns. Society is run by a computer-generated president, thanks to Brainiac and Luthor. However, after the rescue of the Atom from captivity, these two villains, scared to lose their control over every citizen, orders Superman, Wonder Woman, and Captain Marvel (How… Why… I don’t know) to capture all supposed dead, retired or disappeared heroes that are starting to rise. This unleashes a war; war that seems to satisfy the needs of Batman. As the “story” progresses, more characters appear and things become more chaotic; as if it wasn’t already. Conflicted, Superman finally finds himself in a situation where he has to decide between Kandor (in Brainiac’s palms, literally) and Earth. There’s so much going, but that’s all my brain could process.

“This is it, Clark. No more skirmishes. No more compromises. No more deals. No more secrecy. No more silence. No more pretending that we don’t exist. Not one more lie. Damn the consequences. The war begins.”

What’s truly astonishing in The Dark Knight Strikes Again is that it barely has any Batman, his villains, or Gotham City in it. In fact, the dark knight appears around 5 times throughout the whole volume. How do you make a Batman story without playing with his universe? You know what’s worse? Superman is the protagonist in this one. It’s his world, his Metropolis, his family, his villains, his character, that we see the most. You thought it couldn’t get worse, right? Wrong. Frank Miller has a deep, unresolved, gushing hatred for Superman and he didn’t miss the opportunity to question everything about the man and his cape. Not a single panel goes by without you seeing Superman ridiculed and portrayed, not as the Man of Steel, but the Man of Marshmallow. Frank Miller makes sure that you understand that the hero with brains will always be Batman and that Superman will remain a simpleton, nothing more. Then again, Superman wasn’t the only one that got Frank Miller’s blinded fury for superheroes. Although his hatred for probably one of the most well-known superheroes (at least just his name) is real and felt throughout this comic, every other hero gets a nasty dose of Miller’s personality. Batman is shown as a bloodhound who loves to inflict pain upon others. Manhunter becomes some alcohol and cigar consuming gangster who loves to say “goddamn”. Green Arrow wants to be seen as a communist every time he gets a panel on a page. Geez. Frank Miller did a nasty good job of destroying heroes, didn’t he? 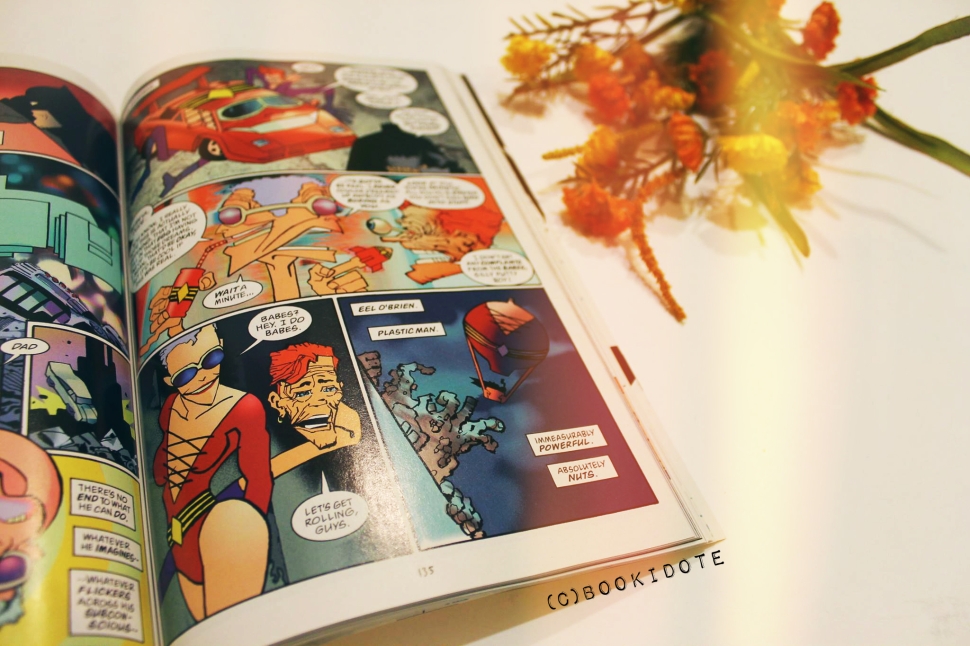 “Just try to ignore this, Clark. Just try to sweep this one under the rug. Your masters control almost every aspect of human life — but they can’t control information. That time has passed.”

An unmissable and predominant element in this volume is the image of women; and boy, it’s not a good one. As you might recall from The Dark Knight Returns, little panels showing news reporters, debaters on-air, and what not were spread around the story, which gave an additional layer of storyline. It gave readers a cast of characters that reflected on the events going around Gotham and helped put an interrogation mark on Batman, superheroes, and their impact on society. In The Dark Knight Strikes Again, Frank Miller brought back this innovative idea, but completely abused and messed it up. Not only are these little panels repetitive and all over the place, the wrong places, they were also largely degrading and offensive to women. Remember News in the Nude? Yeh. Women are portrayed as dumb, uneducated, sexual eye candy. The artwork doesn’t miss the chance to make that last point obvious as well; although this whole book has the most horrible artwork of all time. Even I could’ve done a better job and that says a lot about it. Wonder Woman was probably the worst example of horrible woman depiction by Frank Miller. Embodying feminism since her creation, in The Dark Knight Strikes Again… she’s been reduced to Superman’s “rightful prize”. To sum it up, there isn’t a single character that was done justice through dialogue and especially artwork—Captain Marvel did look a little good though… No. Screw it. He’s SHAZAM’ed better before. Hmph.

“We aren’t here to rule. We aren’t here to bring chaos or anarchy. We’re here to end the reign of criminals. Luther. Brainiac. This is only the beginning. Tyrants, your days are numbered. You can’t fight us — and you can’t find us, we strike like lightning — And we melt into the night like ghosts.”

Frank Miller has reached unattainable lows with this one. Although his earlier works merit credit for changing the comic scene quite dramatically, as soon as he boarded this ship to chase after a sequel to The Dark Knight Returns, things went haywire. Before reading The Dark Knight Strikes Again, I’ve read Batman/Spawn by Frank Miller and saw what Frank Miller sees in Batman. A bully. I hated it. I don’t understand why he had to take that path, but Miller blows away the potential for ridiculousness. However, this won’t stop me from taking a peek into All-Star Batman & Robin and every other work from the man. But The Dark Knight Strikes Again… or should I say The Man of Steel Strikes Again (careful now, this does not exist to my knowledge), is the perfect comic volume that every other writer should NOT follow. It haunts people at night. It gawks over the kindest souls and preys on them. It even has some people come back to relieve it, only to be reminded what colorful galactic waste would look like.

As always, don’t forget to share your thoughts on this graphic novel and this review, as well as like and follow us as we continue to get you guys reviews to enjoy. Is your inner masochism stimulated by this story? If you feel like exploring rock bottom and seeing the horrors of this volume for yourself, you can purchase a copy of Batman: The Dark Knight Strikes Again