“You do not write your life with words…You write it with actions. What you think is not important. It is only important what you do.”

This is one of the most precious novel that I’ve ever read. It’s sole purpose is to strike that hidden cord inside us and turn us into an emotional mess. Not to mention the blender you’re bound to go through as you follow the story of little Conor. As his mother starts a treatment for her illness, Conor begins having nightmares and fears them every time they occur. Suddenly, just a little after midnight, Conor is visited by a monster. A monster that seeks something from him that is much more dangerous than anything out there. The truth. This story is poised with profound morals and memorable lessons. Patrick Ness succeeds in capturing the reader’s attention and delivers a grand ending. Although the idea behind this book was from the deceased Siobhan Dowd, readers will be glad that Ness was behind the realization of A Monster Calls. His talent with the pen is one to leave a lasting impression. To put the cherry on top of the cake, Jim Kay’s illustrations in this edition of the novel manages to capture the perfect vibe to deliver a stunning story of loneliness, love, life and death.

“There is not always a good guy. Nor is there always a bad one. Most people are somewhere in between.”

Patrick Ness is an artist in tragic storytelling. His way of portraying characters and his capabilities in world-building is extraordinary. A Monster Calls is essentially a book split in four major parts. Three stories that the monster will share with Conor and then come back for a forth and final one that dear Conor has to tell the monster. But his story is a special one. It’s a malignant truth that Conor has been pushing away from his thoughts as long as he could. But the monster won’t leave till the poor child learns to accept this truth and indulge in its horrors. The various stories told by the monster were intelligent, fascinating and held a great message for each of them. While the protagonist thought he understood every story, the monster always had a twist to drop on him like a bomb. The monster, a very old yew tree, is unquestionably the character that manages in bringing a frightening yet wisdom-filled atmosphere to this book. Without ever being predictable, its presence is outstanding, grandiose and always craved for. Jim Kay’s dark and gruesome artwork also helps in building a heavy-weighted ambiance to this novel and contributes greatly in creating a timeless masterpiece.

“Stories are wild creatures, the monster said. When you let them loose, who knows what havoc they might wreak?”

What really makes this novel unique is the emotions that it triggers among readers. Although short, captivating and mesmerizing, A Monster Calls will make you smile, laugh, frown and cry. There isn’t a moment in this novel that you don’t feel the urge to empathize or even react similarly to the protagonist. Conor is a legitimate character that was portrayed flawlessly. His words, his actions and his attitude are reasonable and relatable. I couldn’t help myself but be amazed in Patrick Ness’ ability in creating characters so purely authentic. From the start, readers will identify in Conor a child with a huge case of denial. They’ll see a kid who’s annoyed by the look people give him and the treatment he gets because of his particular situation. They’ll wonder if the monster was a figment of his imagination or a real anthropomorphic creature who’s come to change a child’s reality. In the end, they’ll realize that Conor’s life is more than just a sad childhood experience. They’ll see that Conor’s life is a life lesson that every single one of us can learn a lesson or two from. 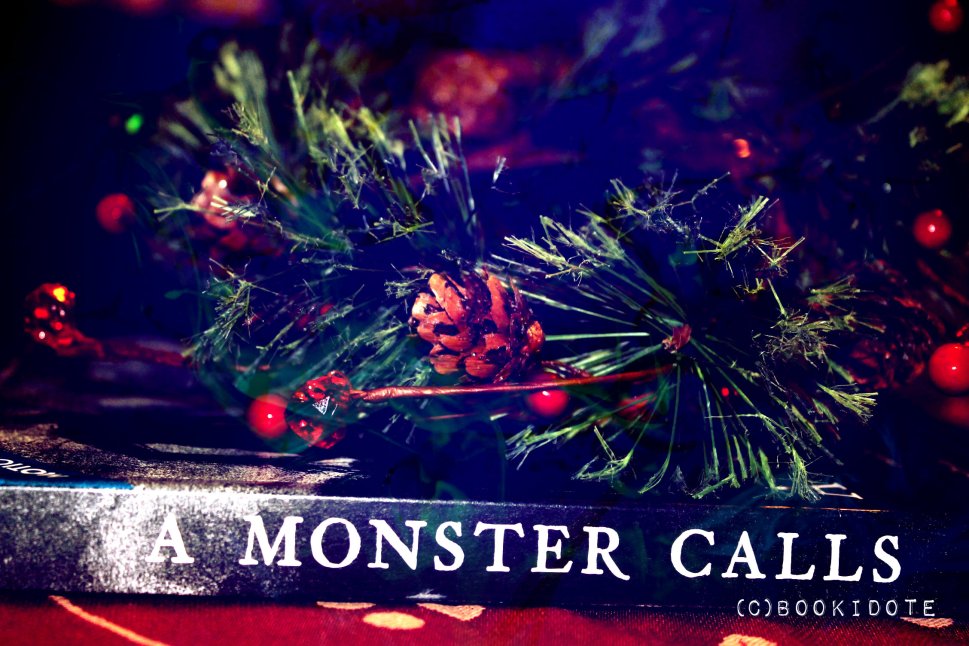 “Your mind will believe comforting lies while also knowing the painful truths that make those lies necessary. And your mind will punish you for believing both.”

Although I would love to discuss the life lessons that were introduced in this novel, I strongly believe that this novel is a must-read for everyone, no matter your age. The above quotes give great insight of this book’s depth and readers shouldn’t be fooled by this novel being found in the young adult section of your bookstores. It might sound funny, but this novel was on the verge of making me pour Niagara Falls out of my eyes. The ending will induce you to think about the person you care the most about and have you realize how much you care about them. A Monster Calls is a story with exquisite content and impeccable writing. Patrick Ness is an author with a beautiful talent and literature is graced by his contribution in the young adult world. If you haven’t read this book yet, I believe it’s time to do so. A Monster Calls is getting a movie adaptation and it is nothing less than promising. With Liam Neeson voicing the monster (what a voice, might I add), this movie might actually be able to give fans something new and different from what the book was able to convey. Hopefully, the adaptation will do a number on everyone and make sure to keep on wrecking everyone emotionally. Long live Patrick Ness and his story-telling talent.

As always, don’t forget to share your thoughts on this novel and this review, as well as like and follow us as we continue to get you guys reviews to enjoy. Are you still interested in this heart-wrenching story? You can purchase a copy of A Monster Calls

by clicking on this hyperlink!