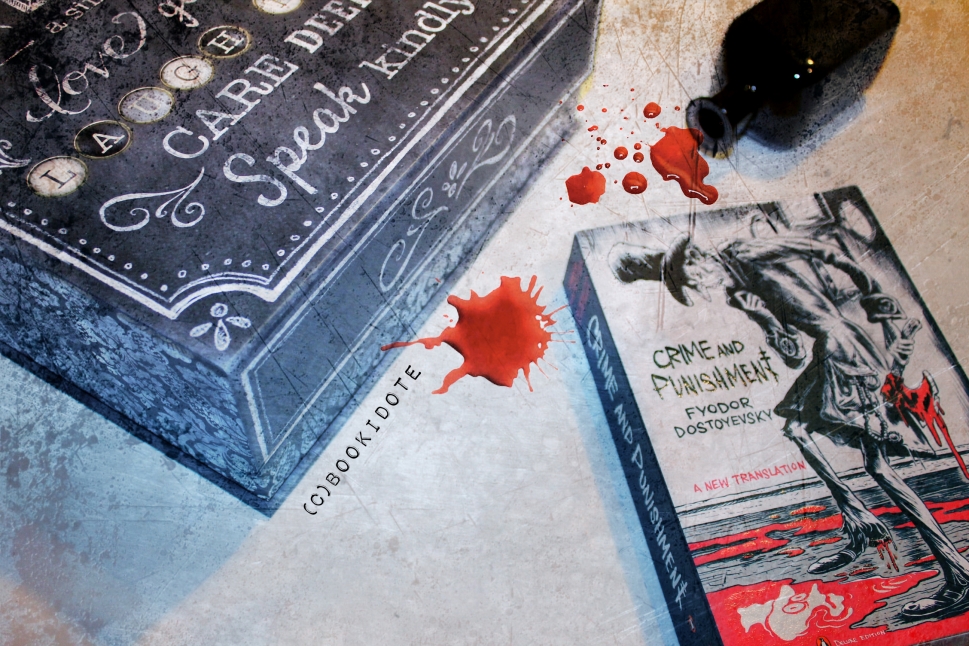 “Pain and suffering are always inevitable for a large intelligence and a deep heart. The really great men must, I think, have great sadness on earth.”

We all know what’s the endgame here. Someone will commit a crime. Punishment will follow. Now, now. Don’t think it’s that simple. After all, we’re talking about Fyodor Dostoyevsky. This is actually the first novel I’ve read from him; not surprising is it. I’m actually glad that I can finally scratch off one of the most quintessential novel every bookworm should read in their lifetime. Yet, I still wish I could get more out of it. I wish this novel would span over my whole life so that I could find entertainment every single day, and never worry about being bored. Crime and Punishment is a classic fiction novel that documents the psychology of a murderer, Rodion Raskolnikov. As he plunges into a delusional world filled with despair and torture, his conscious continues to hold a strong grip on his life. His only way out lies within Sonya, a downtrodden prostitute. What does the world have in store for Raskolnikov after committing the greatest crime of all? 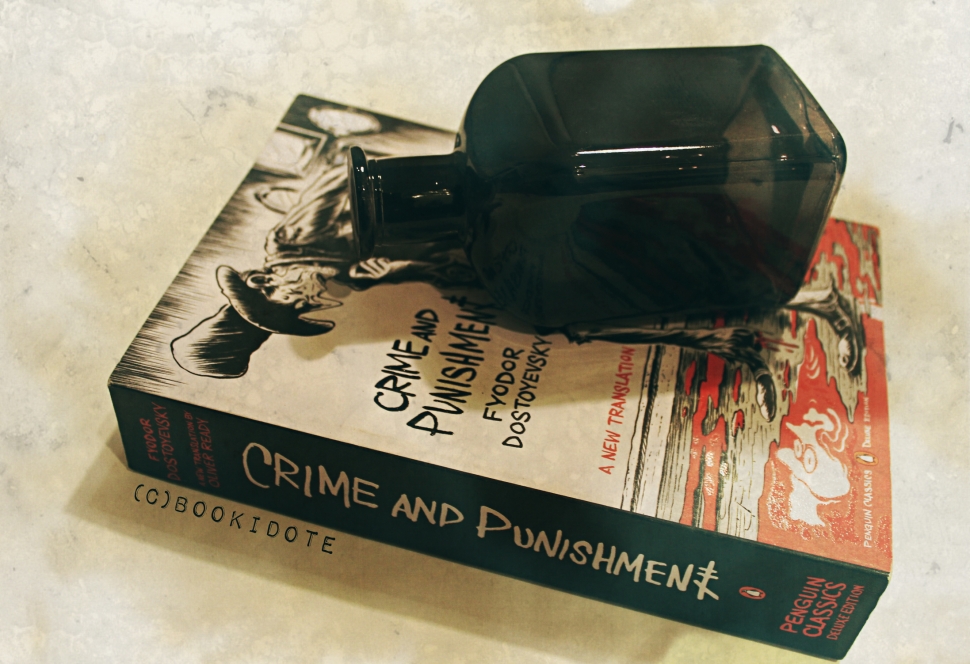 “To go wrong in one’s own way is better than to go right in someone else’s.”

This dark masterpiece had my complete attention with a ‘psychological record of a crime’. The simple fact that it conveys a in-depth analysis of the mind of a person who’s committed a crime had me wondering how entertaining can a book get. Crime and Punishment is separated into 6 different parts. The first part essentially covers the protagonists story and his rise to become a murderer. Filled with a great load of foreshadowing, from dreams and compulsive repetition of the crime in his mind, the story sets up perfectly an event that will haunt Raskolnikov for the rest of his days. The rest of the book gravitates around the second half of the title; punishment. The most satisfying part of it all is that the real, factual and societal punishment is never touched upon until very, very late in this brick of a book. What’s even more fascinating is how the novel even manages to digress from the crime itself and has readers focused on subplots. Gosh, I’m still amazed by the writing in this masterpiece.

“The darker the night, the brighter the stars,
The deeper the grief, the closer is God!”

Raskolnikov’s psychological journey after the murder is one to emerge you into Crime and Punishment like no other novel will ever be able to do. The various thoughts, the denial, the second-guessing, the paranoia, the stress, there isn’t a single thing left out. In fact, it’s how the author travels through the effects of committing a crime that makes this novel an instant classic. The protagonist simply feels human. To top it off, what drove him to commit the crime in question is never dealt with till later, but his attitude, his way of seeing life—considering himself as being above the law and better than others—just makes Raskolnikov one of the most perfected character of all time. He battles through hell, climbs out insane, crawls back into the dark stinky corners of Russia and so much more throughout Crime and Punishment. The plot itself doesn’t always focus on the protagonist. Several other characters are brought in, skimmed over, pummeled through. Every single person served a pertinent role and weren’t never short of being interesting. There’s even a character that crawls into relevancy and criticize nihilism; a concept that’s thoroughly analyzed throughout the novel on a 2nd, maybe even 3rd degree.

“Taking a new step, uttering a new word, is what people fear most.”

Exquisite writing, impeccable character development, formidable plot and a great story of redemption. Crime and Punishment is without a doubt a novel that needs to be read and reread and reread. I’m absolutely grateful that Trang bought me this Penguin Classics Deluxe Edition of the novel. Eye-dropping and drool-inducing, the moment my hands met its cover I felt a calling. I just knew this book wasn’t going to disappoint! I mean the amount of craftiness in Raskolnikov’s psychological torture is beyond my understanding. Men is prone to have random evil thoughts now and then, with their rationality that comes and destroys them afterwards. Once a crime committed, it’s no surprise that a man that isn’t originally a psychopath (incapable of empathy or showing emotions) feels the repercussions. It’s in the psychological punishment that a great deal of damage is done to the person and this novel makes it feel like that sort of punishment is far worse than anything society could throw at you (i.e. prison). I absolutely loved how the story builds around Raskolnikov, a man who saw himself at the top of the world from the beginning and wouldn’t let poverty rule him and represent him. The best part is how the greatest crime of all brings him to isolate himself from the world and feel the punishment like none other. It’s only through Sonya that he can find light and it’s how Fyodor Dostoyevsky builds this that makes this novel an instant masterpiece.

As always, don’t forget to share your thoughts on this classic and its review, as well as like and follow us as we continue to get you guys reviews to enjoy. Are you still interested in this story? You can purchase a copy of Crime and Punishment

by clicking on this hyperlink! Small warning for everyone: the names in this book are… quite heavy. It will take time to get used to who-is-who and to remember the nicknames and all, but once you reach that threshold, you’re simply absorbed into the world Fyodor Dostoyevsky has created.