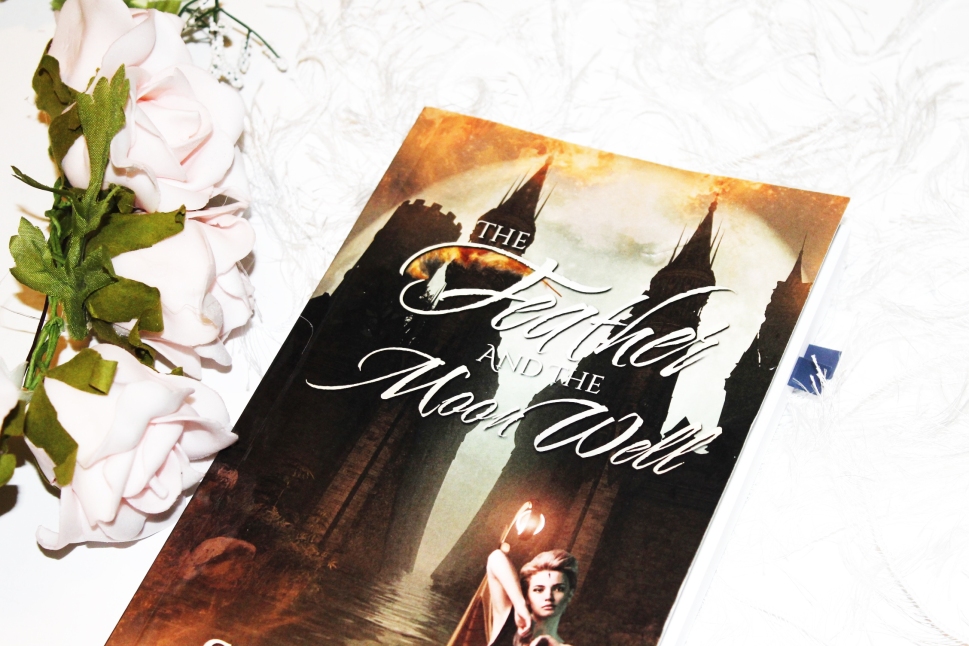 “Freedom brings responsibility. Once you decide, understand that those decisions affect others. Turn down this path, or that one. Make the wrong choice and you may kill a man or lose a kingdom.”

It is with no shame that I’ve read this book without much Irish mythology knowledge helping me out. I believe it is a rare source material in literature nowadays, and I’m happy to be able to plunge into Shean Pao’s creation without being overwhelmed by it. Leave it to none other than Shean Pao to deliver a novel with intricately infused references to Irish mythology. Written with a divine pen skill, The Feather and the Moon Well is a tale that marvelously draws upon a unique and brilliant magic system to put forth the story of Anarra, the Willow Woman. Bound to her magical tower, she grants wishes or curses upon receiving a gift from strangers. But the day has come that Rash’na’kul, the lord of the sixth hell, sends his lesser-demon Barbarus to bribe the sorceress into creating an object that holds great power. Gazing into her Moon Well, she however realizes that the future reveals that her freedom will be imminent, only at the cost of something dark and destructive for the rest of the world. When confronted to life-changing decisions, what will these characters peruse upon? What will be the fate of humanity? I simply adored the magic system in this book. It’s fairly easy to follow and gives a great visual experience. In fact, Shean Pao uses threads as if the world had an invisible spiderweb covering it, and explains how these very threads have a role on individual’s fate and the different pathways in life. There’s no doubt that every passage that explores the threads and their utility are mouth-watering. The way the protagonist’s magic works is also one that is quite simple, yet complex. Upon a gift, she ponders the desires of the person and gives them a gift of their on. A wish or a curse. As she’s stuck to serve her guests and is known as a legend among the people, it is no surprise that she sees herself as a Goddess. Being able to choose who dies, who doesn’t, who rules, who serves, Anarra slowly learns that her self-centered behavior is only the result of her secluded and pleasure-free life. Wishing only to keep what she cherishes close, she remains a flawed character just like Barbarus, the lesser-demon. This character was nothing less than intriguing. He blindly follows his master’s orders and is struck with purpose upon the sorceress’ revelation that his freedom can be granted. It is in these flawed characters that Shawn Pao finds something fresh and new for her debut series.

The narration in this novel is beyond any reproach. It’s visually stimulating and succeeds in delivering an exquisite prose. Every word, every sentence has the power to drive this story forward while leaving readers staggered on questions on love, freedom and hope. What I was quite stunned by was also how the novel was built. One moment readers are exploring Anarra’s point of view and her problems, and in another you’d be following Barbarus’ adventure and struggles. It sadly felt unconnected and completely separate. Although the story still manages to reunite characters in common settings, I believe it would’ve been even more engaging—than it already is—if there was a little overlapping on each of the character’s lives. The other problem, which is probably due to the not-so-lengthy nature of this novel, is how little information we get on some characters (Odhran and Gedauvan). The love story behind Odhran and Anarra is one that quickly hit me in the face. It felt more like they were always meant to be together without any real development in their relationship. The same goes for the hate that emanates from Gedauvan. An antagonist from the past that should’ve maybe had a little more insight, especially with his more magical appearance and aggression towards the protagonist. However, having divergent story lines helped Shean Pao deliver various conflicts, whether they were personal or relational. I deeply enjoyed how the themes emerged through her unblemished narration. Questioning actions that are beyond humans right (i.e. deciding upon a person’s fate to die or live) to wondering on the various privileges that we hold for granted, this novel explores subjects in a fluent and comprehensible way. 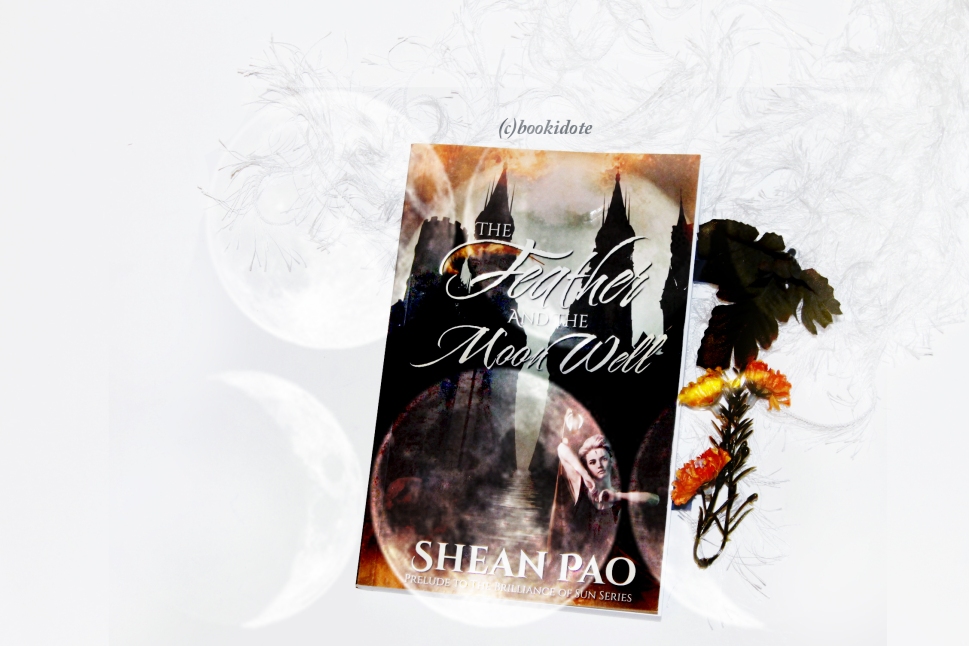 “The Feather floated in a nimbus, in the myriad threads of possibility, just within her grasp and yet as distant as a star.”

If I could get a dime for every beautiful sentence, I’d probably be a billionaire. Shean Pao’s use of threads and her clever imagery makes this novel a very pleasant read. Holding a lot of potential and a lively core essence, this book is assured of a bright future. All I’d need is my own Moon Well to prove it. The authors beautiful way with words helps greatly in laying out the groundwork for a beautiful series. Not to mention that The Feather and the Moon Well has a great twist in the end that will have you wondering what the future of the characters hold for them. It is without surprise that this story unfolded like an ancient fairy tale, and hopefully the adventures to come will unveil more on the characters and their past. The questions that are brought to light through this story filled with love, hatred, deceit, freedom and hope, are seldom enough to jump into this magical realm.

Are you interested in The Feather and the Moon Well? How about you read this story for yourself! 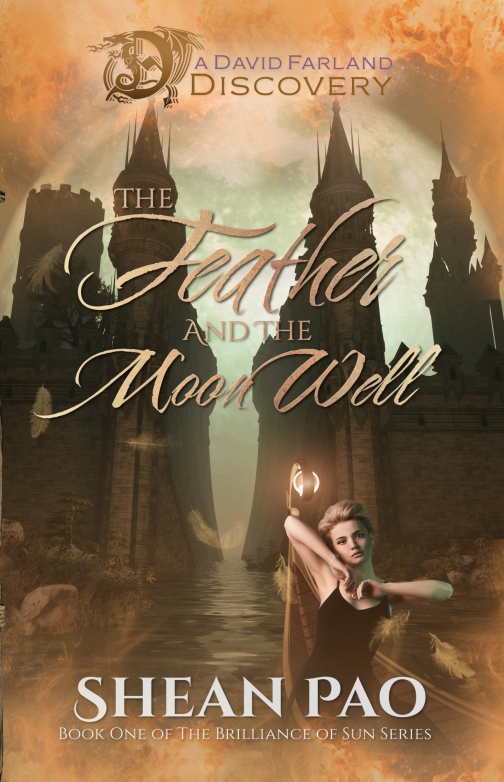 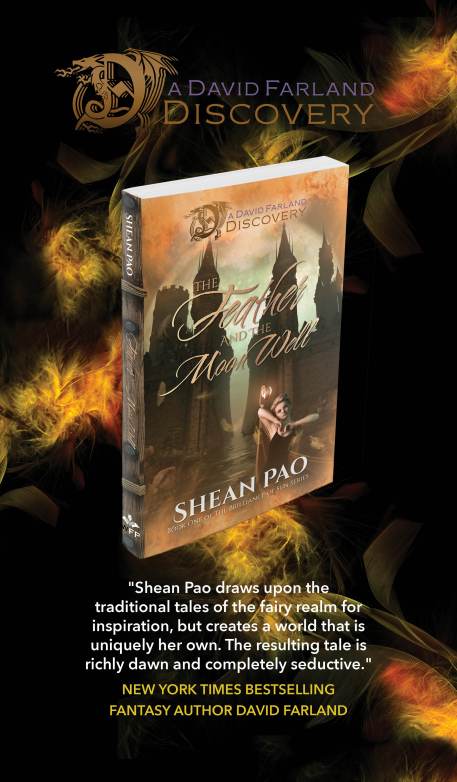