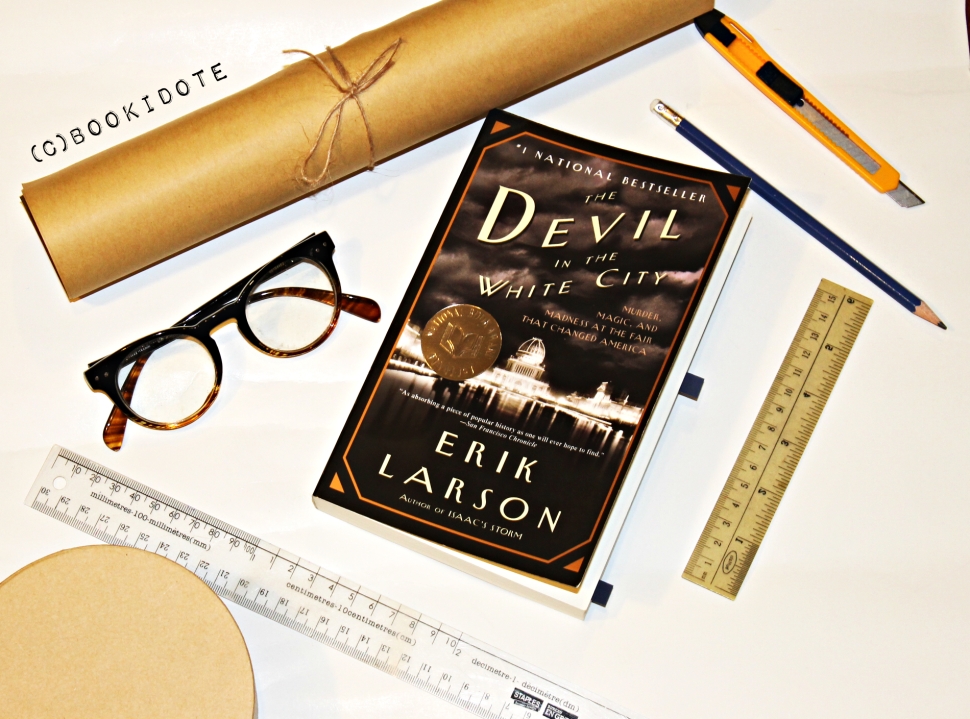 “I was born with the devil in me,’ [Holmes] wrote. ‘I could not help the fact that I was a murderer, no more than the poet can help the inspiration to sing.’”

How often can you go through a non-fiction without constantly crossing over between reality and dreams? It’s pretty hard to keep your eyes open as the author unveils historical moments in their most subtle details. It doesn’t mean that the events you’re reading about are boring, but that the author needs to do a great deal of editing to deliver a compelling and eye-opening story. Erik Larson is one of those rare authors that has the skill to transform the unreadable into a thrilling and exquisite story. Blessed with a masterful talent with words, he turns the non-fiction that The Devil in the White City is into a captivating and magnificent story that reads like a novel shelved among the top works of fiction. This novel follows the adventures of a ambitious architect and a hair-raising serial killer. As Chicago hosts the World’s Columbian Exposition in 1893, a nifty team of brilliant heads gather together to realize one of the most memorable fairs the world has ever seen. Filled with sorrowful moments, destruction and misery, the even still manages to rise from the shadows and shine bright in history. But thing’s wouldn’t be dark enough if there wasn’t a killer in the premises who contemplates his own adventures and makes a name for himself in the most barbarous way possible. 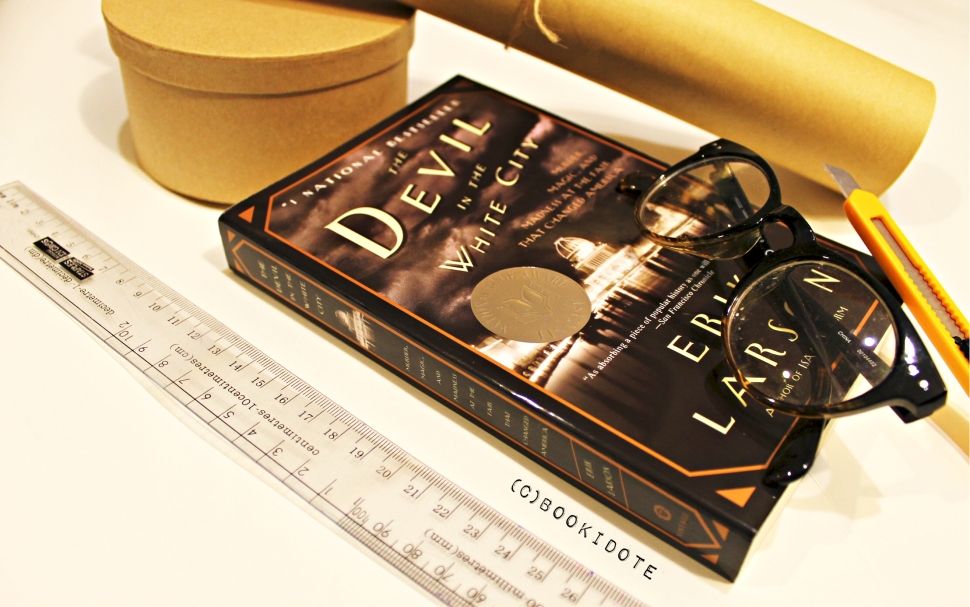 “Make no little plans; they have no magic to stir men’s blood.

This novel redefines beauty through its writing. Erik Larson makes this story one of the most mesmerizing and captivating tales; especially when it comes to non-fiction. Every single sentence is poetic and majestic. It hooks you up and drags you through a cold and brutal Chicago, yet makes you wish for more every single moment. The Devil in the White City is a literature objective for any writer and it makes sure to let you know it is. The book has two different stories that unfold simultaneously. They each hold together independently and could easily have been separated in two distinct books. The first story follows the architect Daniel Burnham. Goal-oriented and a talent to enchant people with his voice, his adventure leads him to discover important partnerships and unbelievable obstacles. The second story reconstructs the fraudulent and mysterious figure who goes by the name of Herman Mudgett, also known as H. H. Holmes, a serial killer that will forever haunt Chicago’s history. The perfect gentleman to the eyes of others, this despicable man builds the famous “Murder Castle” a couple feet from Burnham’s own project and goes on a spree that no one saw coming until it was too late.

There’s no doubt that this book will enlighten you on a lot of fascinating moments in 1893. The construction of the fair was not one that has only known unicorns and rainbows. It was one of the most rushed, destructive and devastating project in Chicago. However, with the help of Erik Larson’s beautiful writing, The Devil in the White City manages to illustrate the rise of a beautiful and life-changing event through despair and darkness. The most stunning part of this fair is how the horrible moments are the things that grandly helps the fair prosper and thrive to success. A lot of inventions are also discovered thanks to the fair’s opening. Even with all the complications that Burnham and friends had to overcome, the exposition managed to glow in the dark and change the dynamics of architecture for humanity. However, H. H. Holmes remains the cherry on top of the cake. His contribution to a dark facet of history leaves a horrible and tragic discovery for fellow Chicago citizens once the fair itself comes to an end.

The part of this book that concentrates on the life of the serial killer is remarkable; in a bad way. It’s one thing to read about a fictional serial killer, but when you acquaint yourself to this man’s life, you will be stunned. His narcissistic personality and psychopathic behavior conveys a shocking and unbelievable portrait for a killer. His natural tendency to lie, con, and seduce women helps him ultimately commit unspeakable crimes. It’s the construction of his own castle (a hotel that is only a couple streets away from the fair) that will be his biggest signature. A hotel with more secrets than Holmes himself, The Devil in the White City doesn’t fail in leaving a dark and claustrophobic ambiance every time it is mentioned. Sadly, this book doesn’t cover H. H. Holmes as much as it perfectly delivers the story of Burnham and the fair. In fact, it also felt like the two stories didn’t overlap themselves as one would hope. The link between the exhibition and Holmes was pretty minimal and one would have hoped for more thinking this book can be found in the true crime section.

“Night,’ Ingalls wrote, ‘is the magician of the fair.”

Magical from cover to cover, The Devil in the White City delivers a shocking, spell-binding and informative story. One should expect to run into a lot of talks about partnerships, deals, architecture and politics if they decide to dive into this book. You should be ready to explore a cold and chilling Chicago rather than a tale of a killer. Nonetheless, Erik Larson still conveys an excellent story for both men and succeeds in putting together a complete and well-documented story. It is quite a challenge to be able to write this book the way he did, but the author showcases a tremendous talent with words. If anything, I came out of this experience with more knowledge on Chicago and a killer than I thought I would. The best part of this book is the expected adaptation that was recently announced. This book will be getting a cinematic treatment and will be directed by one of the best directors out there who’s none other than Martin Scorsese. MARTIN FREAKING SCORSESE. And to make me feel all warm and fuzzy inside, H. H. Holmes will be played by one of the best actors in the world. One that has just recently FINALLY received his well-deserved Oscar. Yep, that’s right. The Great Leonardo DiCaprio!! I just can’t freaking wait.

Did you read The Devil in the White City? What did you think about it?

You haven’t, you say?

You can purchase a copy of the book @Amazon

/ Indigo by clicking on these hyperlinks ! 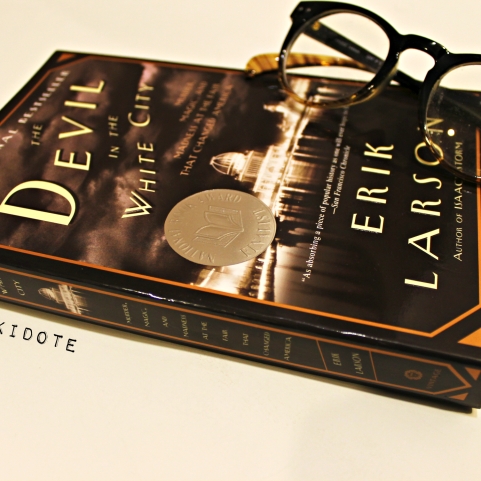