Having seen the popularity of my last christmas gifts posts I’ve decided to come back and make another one 🙂 Why not give the books that will be hitting the screen ? Read it before it hits the theatres and television 😀

Stay tuned for a little surprise in the end !

1. The Handmaid’s Tale by Margaret Artwood

Set in a dystopian world, where the Religious Right came into power and force all the women to follow a strict set of rules. They are stripped of their freedom and rights. They get sorted as a wife, a womb , a servant, a prostitute, or a propagandists. The TV show is to be released early 2017 on Hulu.

2. The Circle by Dave Eggers

The Circle is an universal operating system that can link your email accounts to social and one of the biggest and most powerful companies. Mae Holland receive the opportunity to work in the Circle, to her surprise, what seems an unique opportunity in the beginning it’s not all sunshine and rainbows after all. The limits of privacy and human knowledge will be compromised. Movie starring Emma Watson and Tom Hanks to be released April 28,2017.

“The man in black fled across the desert, and the gunslinger followed.” The most acclaimed horror stories author has take a step in a Fantasy

world and to everyone’s delight, he created a powerful series masterpiece. TV series to be released on July 28, 2016 starring Idris Elba and Matthew McConaughey.

Do not read this book. Maximum binge watching : January 2016 on Netflix.

5. The Knife of Never Letting Go by Patrick Ness

Tod Hewitt lives in a town where everyone can hear everyone’s thoughts, called the Noise. His whole life changes when he decides to venture out there and finds Silence. A fast-pacing adventre with endless actions. Movie information soon starring Daisy Ridley.

6. Ready Player One by Ernest Cline

What if you can live an entire life in a virtual reality ? Where you can hide your real appearance, goes to a dream job, meet new people. The OASIS is the new world where everyone gets addicted and depends on it. The author of OASIS died and left behind a fortune for the most deserved player. Movie directed by Steven Spielberg to be released in 2018.

Who doesn’t like a psychopath AI ? Movie directed by Brad Pitt. 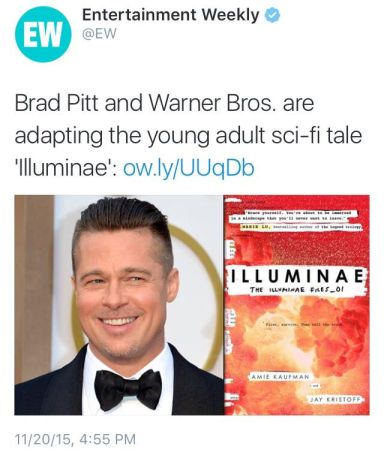 8. A Wrinkle in Time by Madeleine l’Engle 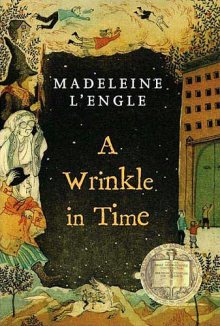 ”Out of this wild night, a strange visitor comes to the Murry house and beckons Meg, her brother Charles Wallace, and their friend Calvin O’Keefe on a most dangerous and extraordinary adventure – one that will threaten their lives and our universe.” Movie is set to be released in 2018. 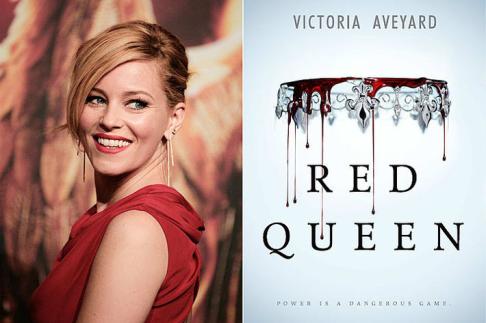 A pure fantasy delight 🙂 A world divided by blood: Red or Silver. The Reds are commoners, ruled by a Silver elite in possession of god-like superpowers. Elizabeth Banks will be directed the new movie.

10. The Invisible Man by H.G Wells

11. A Monster Calls by Patrick Ness

12. The Name of The Wind by Patrick Rothfuss

*both books were mentioned in my previous post here

NOW.. IS THE TIME TO BE MERRY 😀 I’ve decided to host a surprise giveaway for Christmas!

The only thing you have to do is comment what book in the list you would like to receive for christmas 😉 It also works for the ones I mentioned in my other Christmas Gifts Post here.

-Giveaway will end on Dec. 25 & is open INTERNATIONNALLY-