Westworld is my biggest crush and favourite show of 2016 ! The show explores a theme park built on androids, where the ”hosts” (androids) can interact and entertain the ”guests” (real lives people). It’s set in the western area, and we discover the darkest secrets of this mysterious world. After finishing the whole first season, I thought it’d be interesting to explore the books that discuss the same matters. So for you fans out there who can’t get enough of Aritficial Intelligence and Androids !

Recently finished this, and I admit it’s a quite particular read. One of the scenes in the book reminds me a lot of scenes in Westworld and makes me wonder if their inspiration come from this book itself!

It was January 2021, and Rick Deckard had a license to kill.
Somewhere among the hordes of humans out there, lurked several rogue androids. Deckard’s assignment–find them and then…”retire” them. Trouble was, the androids all looked exactly like humans, and they didn’t want to be found

2. I, Robot by Isaac Asimov

WELL OBVIOUSLY RIGHT? Haven’t got the chance to read the book but saw the movie ! 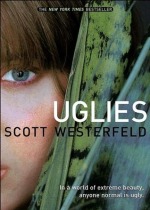 High-end paradise where you can get any surgery done to be pretty when you turn 16 and enter the whole new world of luxury. Like the hosts in the show, the characters in this trilogy become slowly aware of the Ugliness of their world.

This book seems to always make the list LOL I mean, a cyborg mixed with fairytale retelling WHAT NOT TO LOVE. 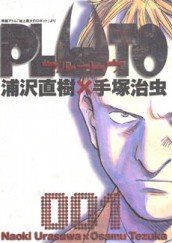 This one is particular, I don’t always put mangas in my list but I find this one pertinent to be in it.

Pluto follows the European robot detective Gesicht in his attempts to solve the case of a string of robot and human deaths. The case becomes more puzzling when evidence suggests a robot is responsible for the murders, the first one in eight years.

Mass-produced, efficient & servile labor, Čapek’s Robots remember everything, but lack creative thought, & the Utopian life they provide ultimately lacks meaning. When the Robots revolt, killing all but one of their masters, they must attempt to learn the secret of self-duplication.

What else can you recommend me ?