By now, it’s pretty hard to go around talking about historical fiction without mentioning The Nightingale by Kristin Hannah. This story quickly gained a solid fan base and became an instant classic for most people who got the opportunity to flip through it. Set during the dreadful World War II period, this is a story that focuses on the Nazi occupation in France. As rare as that angle is, The Nightingale also strives to tell a powerful and emotional story of two French sisters who’ll discover the meaning of love and war in all their shapes and forms. Vianne, the eldest of the two, is a married mother to Sophie and wife to Antoine. Her struggles begin with the departure of her husband as he’s called to war. Stern by nature and always looking to remain safe rather than be sorry, Vianne’s adventures throws her into a tornado that will harden her personality and open her eyes to the choiceless choices that will shape her life forever. Isabelle is however a fiery and reckless young adult who has strong beliefs and will give you a fight to the death in order to do what’s right for the greater good, no matter the cost. It’s when the war begins that both of these two sisters find themselves pinned against a terrifying world and will inevitably have their bond put to the test. 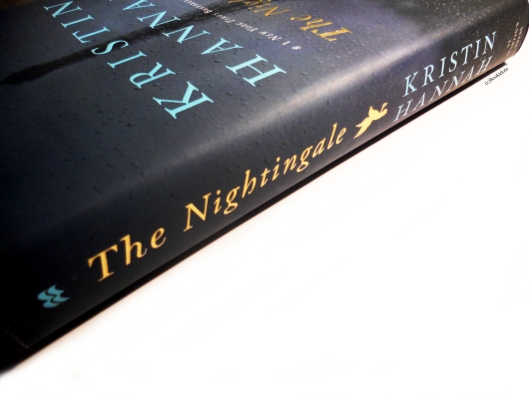 The Nightingale is an atmospheric and beautiful story of love and war. Filled with descriptions that will draw you into the heart of France during one of its most darkest times, Kristin Hannah succeeds in delivering a heart-moving tale. Although Isabelle comes off a little bit too strong in her principles and behaviours, both of these characters, through their respective point of view narrations, know unbelievable change. In their hardship and losses, their lives will be pushed to the edge and will challenge each of their beliefs to ultimately bring them to do the unthinkable and sometimes the impossible. As things grow harder by the day, both of these ladies shine with their immense perseverance and control in times where primal instincts would be dominant. Through these characters you’ll quickly be able to see and feel the tangible struggle that sums up their lives. However, to balance the overwhelming feeling of despair, the story integrates various forms of love in an exquisite and delicate fashion. Whether it would be between friends, family or lovers, Kristin Hannah does an impeccable job at drawing up the subtle and unbreakable threads that link us with others even when life has you by the throat.

While the story alternates between Vianne and Isabelle’s point of view, you also get another narrative that throws you into the modern day. Kristin Hannah keeps the intrigue high by leaving the identity of that narrator anonymous until the end, which helps in delivering a poignant and excellent ending to a story that never truly felt linear. In fact, The Nightingale isn’t exactly a story with a point A and B. The Nightingale is rather a war story that never truly lays out when it began or when it ends—does a war really ever end anyways? The writing remains top-notch with lyrical and captivating details that manages to translate both the moments of bliss and of suffering with accuracy. Through her writing style, Kristin Hannah also manages to capture the beauty of France as well as its growing darkness as the war progresses. The occupation that slowly becomes the reality of these two sisters also offers us a riveting and staggering portrait of World War II like never before. Filled with betrayal and manipulation, The Nightingale will stun you on the spot with its multilayered story and multidimensional characters. 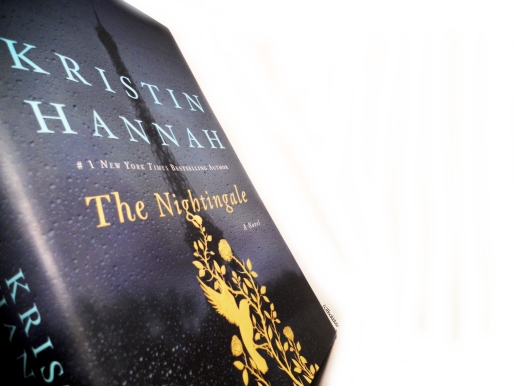 If anything, this story is simply beautiful. While it does have parts that were quite slow, everything served a purpose and built towards character development. Spell-binding and haunting, this story puts two completely different women at the fore front and unleashes them in insane circumstances and heart-breaking conditions only to highlight their strengths and the bleakness of war. As Vianne and Isabelle learn to see light in the darkest places, you’ll find yourself loving these two characters for the decisions they are forced to make and the emotions they will stir up in you. These women are undeniably heroes of another level and Kristin Hannah succeeds in conveying their story in a time period where the scope was often limited to men. If you’re looking for a historical fiction that dives into the core of World War II while offering a unique perspective through the eyes of two French sisters, this is a must. Even if there are some elements that couldn’t have been anything but predictable, it’s how they are conveyed and how they are integrated that makes all of it worthwhile and devastating.

THANK YOU TO RAINCOAST BOOKS FOR SENDING US A COPY FOR REVIEW!