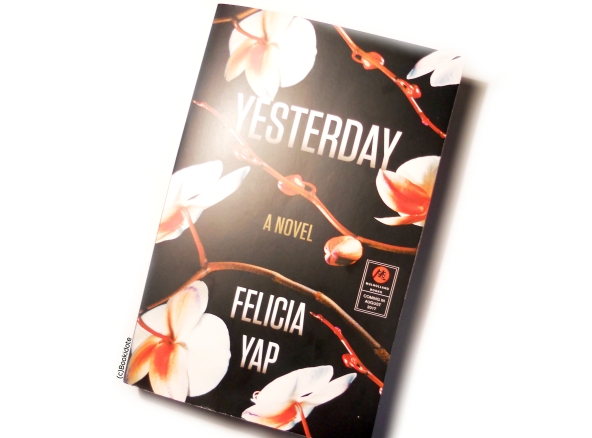 “How do you solve a murder when you can only remember yesterday?”

The memories we have can play some sneaky tricks on us. Two individuals can remember completely different things about the same event. Based on their experience, their angle, their perspective and their intentions, everything can be seen differently. It can get quite complicated when you realize that some things last longer than others. The mind can go ahead and retain information that you never thought you’d remember and then decide to forget the things that you so desperately need to know. Felicia Yap however has something much more simpler, yet so much more devastating to offer us with Yesterday. In this parallel universe or alternate reality, the world is classified into two categories: Monos and Duos. The difference, you wonder? Monos can only remember up to 24 hours, while Duos have the blessing to remember up to 48 hours. In this world, Monos are seen as an inferior, although numerous, class compared to the elite Duos. It is thanks to their unique little iDiary that everyone is able to remember their past. Or at least what they want to remember. 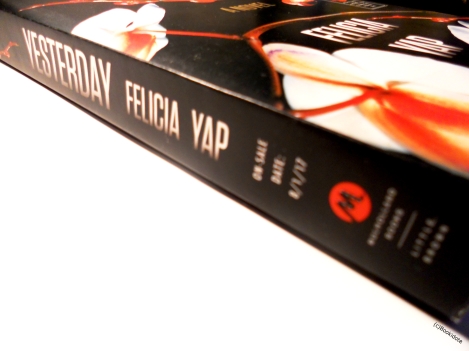 This is a story that revolves around four characters whose lives will cross paths when a woman is found dead and floating in England’s River Cam. Alternating between all four point of views, Yesterday presents us with the story of a unconventional married couple whose marriage goes against everyone’s beliefs: a Mono and a Duo together. As impossible to conceive as it may to be to the world, Mark, a novelist-turned-politician, vouches to show the world that this type of marriage is the future, right until he finds out that the dead woman is in fact his mistress and things are about to get quite shaky in his relationship and his career. You’d think that a thriller with a touch of science fiction will surely blow our minds away by bringing us a world that is completely believable and original, but unfortunately Felicia Yap’s debut is a thriller with incredible promise, but poor execution. As inventive and captivating as the premise was, the book never managed to grasp the full extent of its ideas or breath enough life into it to come out as sensational as it could have been. The writing style was also unremarkable, although it definitely helped in making this story fast-paced and easy to follow.

The world-building is definitely the biggest downside in my books. Having a world filled with individuals who could only retain up to 24 or 48 hours of their lives before the reset button is pressed is absolutely enthralling up until the point where you realize the author barely even explores the idea. Although there are random one-page-long pieces telling us about scientific advancements related to the memory of mankind or the iDiary, these little bits of world-building quickly disappeared from the narrative as soon as the thriller side of things kicked in. Never do we truly understand how this world came to be and how people survived before the iDiary was brought into the game. Never are we told how people lose their memories after 24 or 48 hours. Never do we know about the people who don’t write down facts to remember the next day. What happens if a Mono forgets to write down his or her day, doesn’t feel like writing down his or her day or simply forgets to write down his or her day? If people can only remember the past 24 hours, do they have to read through their whole diary since their earlier days in order to know who they are and what they do in life? Is it a complete tabula rasa every time they wake up or are there certain things that they’ll always remember? If so, how come certain things stay in our mind while others are forgotten? So many questions can only mean one thing: bad world-building. 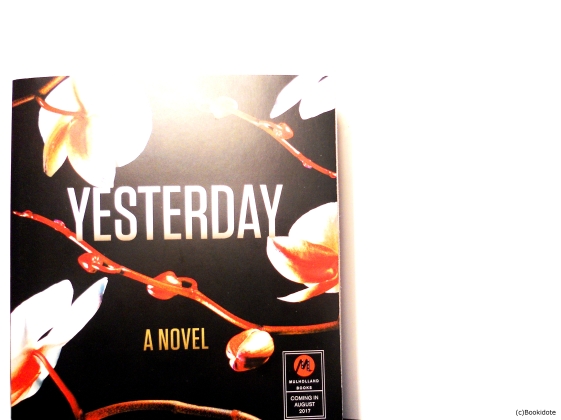 Even if the science fiction side of things failed to prosper, you’d think that the thriller of side of things would come compensate for the short-comings. Unfortunately, it wasn’t really the case. Every character in this book felt unidimensional and lacked originality or even development. At the end of the day, this book offered some sort of revenge porn that simply failed to keep the intrigue and excitement high. It definitely didn’t help when the reader was given a free pass to a plot twist through one point of view only to see see it again in another point of view. The mere idea of suspense was quickly thrown out the door for me and it honestly never managed to climb back in. I also thought the direction was a bit too easy and sometimes overzealous. Even if it might not mean anything, I was able to guess what was going to happen because I had a feeling that Felicia Yap was going for plot twists in her story and the easiest roads were what she would aim for. Yesterday is definitely a debut with promise, but it lacked in several departments. If you’re intrigued by its blurb and premise, give it a shot. It might suit you.