“It’s over. I’ve fought to the last lie. I’m dead and I’m out of ammunition.”

One of the godfathers of spy thrillers returns to the battlefield with A Legacy of Spies. It’s hard to ignore the legacy of John Le Carré himself when brought to reflect upon the whole universe of espionage that he was able to bring to life, from Tinker, Tailor, Soldier, Spy to The Spy Who Came in From the Cold. His latest novel serves as a fantastic throwback to his greatest work and brings back one of his signature characters, George Smiley, in a story overflowing with tough moral decisions. As much as I would’ve loved to recommend this as a stand-alone novel which features one of the most charismatic, authentic and fascinating characters, Peter Guillam, also known as George Smiley top disciple, A Legacy of Spies will mostly please fans who have read his previous novels, notably the two mentioned above. Nonetheless, John Le Carré’s latest book continues to highlight his talent as a story-teller and immerses you in the world of spies like no other story. 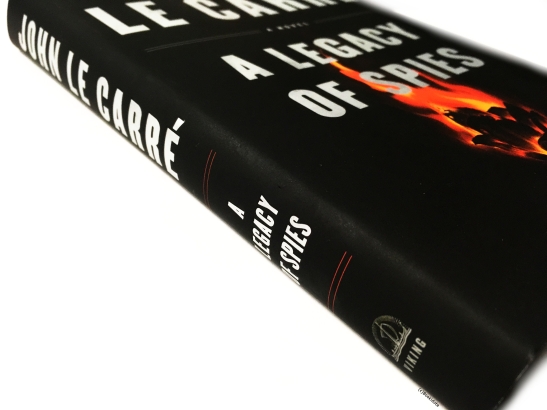 Unlike certain novels that are easily read without any prior knowledge of previous books of the author, A Legacy of Spies would surely be much more appreciated if you’re memory is still fresh regarding events taking place in Tinker, Tailor, Soldier, Spy and The Spy Who Came in From the Cold. A Legacy of Spies is not being marketed as a sequel, but its references to past events makes it a bit hard to comprehend its core essence if you haven’t checked out those two other books. In fact, the story unfolds with Peter Guillam, our protagonist, being scrutinized about Operation Windfall and his Cold War past in order to help him—or maybe just the British Secret Service—bypass some legal issues that have risen from the dark. The novel greatly relies on interweaving the past and the present in order to unwrap the lies and deceits that have been much more essential than one who has never lived through Cold War would understand. While you’d love to pursue this story thinking that this Operation and all its mysteries are new and never-heard of, you’ll quickly find yourself in front of elements that can only be savored if you had prior knowledge of John Le Carré books (at least those two classics).

The story also greatly relies on reports, transcripts and past communications written with code names and technical spy language. While at first it was fun to follow the dialect and watch the evolution behind all these communications, you should be wary of how things can sometimes be quite confusing and easily lose you if you don’t remember a spies countless different names. It’s not a major issue since there are moments where you’re reminded, in parentheses, who’s who. But when the plot suddenly complicates itself with the addition of a couple sub-plots, you’ll wish that you had read Tinker, Tailor, Soldier, Spy and The Spy Who Came in From the Cold, and that you had taken note on all these names. However, here’s the thing. With spy novels, misdirection, deception and coded language are all part of the game. John Le Carré does an exemplary and astounding job at creating a seamless story that brings this spy world to life. It’s the whole thinking-twice-before-saying-something and the silly-names-for-serious-things-or-people that make this so much more fun after all. 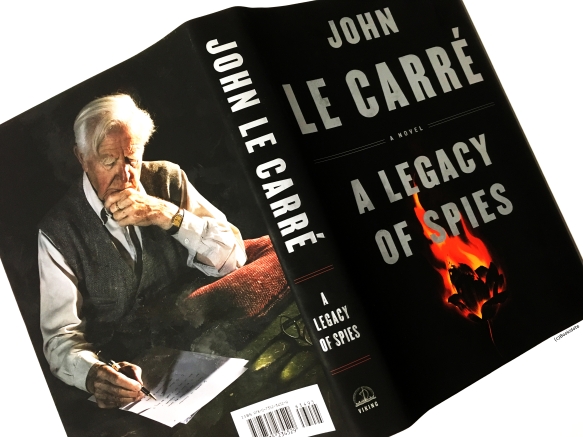 If there’s one thing that stands out the most about this novel, it’s its cast. The character’s in this story are brilliantly developed and have their own identity throughout the story. While there’s the return of certain classic characters created by John Le Carré, the newer additions were also just as intriguing. I loved how they all embraced their roles and represented their generation with pure perfection. It’s also quite satisfying to have a a retired spy operative with such a remarkable personality take the lead in this latest novel. In fact, Peter Guillam’s wit and attitude made this story so much more enjoyable. Unfortunately, the downside to A Legacy of Spies is how all the throwback elements referring to both of John Le Carré’s bestsellers carry a lot of weight in the reader’s overall impression of this novel. Instead of being crafty hints for fans to discover and enjoy, they end up less exciting as you’d want them to be for readers who are new to the author’s books. Nonetheless, John Le Carré delivers an excellent spy thriller that navigates through the world of spies by incorporating both the past and the present.