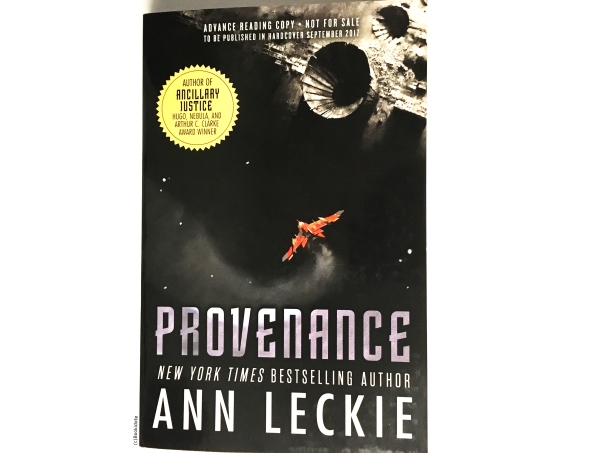 “Oh, almighty powers, what had she just done?”

All rise as bestselling author Ann Leckie enters the court with her new novel Provenance! After her greatly appreciated Imperial Radch trilogy, kicked things off with Ancillary Justice, the author brings us this brand new space opera story filled with politics for fans to rejoice at. In Provenance, the story follows a young woman, Ingray Aughskold as she takes great means to get her hands on something that could help her make a name out of herself in her family. It doesn’t take long before you realize that her actions are risky and could put her in a sticky situation if not handled properly, especially if things don’t go exactly as she planned it. But when do things ever go as we plan, right? As you follow her around you’ll come to be submerged into a whole universe that takes a life of its own in a matter of seconds. Provenance is far from being anything like some of the debut novels out there. This is the work of someone who’s been there and done that. 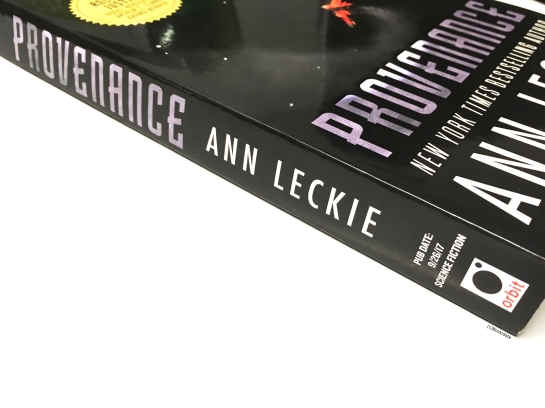 The best part of Provenance lies in its world-building. It takes a lot of your time to describe the political atmosphere and the history that revolves around it all. If you’re not looking for inter-planetary commentary on the relationships and current climate behind planets and the people, you’ll be greatly disappointed in this one. Ann Leckie does a marvelous job in exploring the microscopic impact of key individuals and their role on a much more grander level, think planet-sized. Every move is crucial and scrutinized by every individual and that’s where you’ll find your source of enjoyment with Provenance. It is a novel that is heavily political and even attempts to hide current politics and culture within its narrative. While the story is angled to focus on Ingray’s struggles and motivations, her mere position and role in her family puts her in a spot that makes everything she does or doesn’t do of the utmost importance. In fact, she resonates as someone quite important and emanates a scent that screams of a can of worms, and only as you read on that you get to understand what’s up, or even why certain things happen.

This isn’t a bad series at all, but I still did have a couple issues with it. First of all, I had a huge issue connecting with most of the characters, especially Ingray. From the very beginning she sounded off extremely incompetent and her plans never really captured my attention. She often seemed to be left in background compared to other characters in terms of importance on a political level, which is completely understandable, since she has no talent in that field, but it just took away a lot of my interest in investing any emotions in her. She also often sounded whinny (for me, anyways) and filled with questions, which isn’t exactly something I felt like adapting to as I was reading this. For a novel that relied a lot on politics, it didn’t feel right to have her lead me through it all. My second issue lies in the fact that the politics and whole story behind vestiges and their value wasn’t very tantalizing for me. While it managed to satisfy my reading experience, it definitely didn’t blow me away. But the whole world-building, from piloted mechs to alien races, definitely made up for it all and kept this book fun to read. 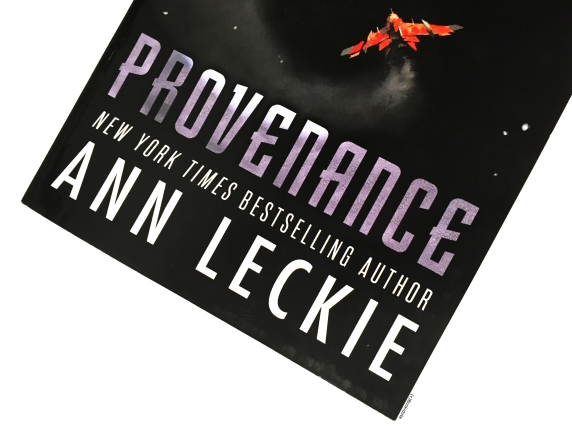 Provenance visits political turmoil during interstellar conflict the right way. Ann Leckie keeps the issues at hand understandable and succeeds in using them efficiently to build a politics-heavy story about “power, theft, privelege, and birthright. In Provenance, characters are interesting, but its world-building is even better. What saddened me however is that it doesn’t exactly strive towards exploring new ideas like a lot of classic science-fiction stories are able to do. It is one thing that I absolutely love about the genre and always look forward to, but Provenance sticks rather to a formula that does science-fiction in a much more grander and safer way by tackling space opera in a much more interesting way. I do however hear that Ann Leckie’s bestselling trilogy is a whole other thing and look forward to checking it out in the near future. For those who are looking to try someone a bit different, a bit heavier, but coherent if you can follow the author’s rhythm, then Provenance is a great novel to check out. Fans of Ann Leckie will also not find themselves greatly disappointed and will be pleased to have another fantastical and brilliantly descriptive novel to devour.