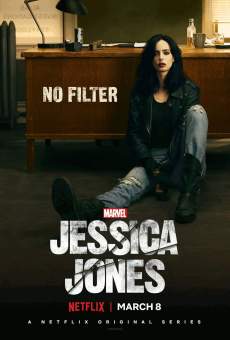 Jessica Jones returns to uncover the truth behind her past in ways that no one, even the great private investigator, could have ever imagined. After the dramatic ending of season 1, peace of mind is still far from her reach, and it doesn’t help when Trish Walker’s hunt for a good story to put herself in the spotlight drags out danger from the darkest alleys of New York. Things have however become much more personal in this season as Jessica Jone’s character development is pushed to new heights. Her actions aren’t going to be easy and her problems won’t go away anywhere soon unless she decides to confront them head on.

Within Marvel’s Netflix Universe, there’s no denying that Daredevil Season 1 has set the standard for all the superhero shows. It is a challenge in itself to even top its magnificent story-telling, but to also have unbelievable cinematography and quality performances from actors in there? It simply seemed impossible for any show to concoct anything as original and mind-blowing. But then came the first season of Jessica Jones. A character whose exploits are far less known by the general population compared to a character like Daredevil who has already gotten its movie treatment; even if the movie isn’t really known for anything good. What I loved most about season 1 was the introduction of Kilgrave and the exploration of sexual assault that came with all the manipulation that went on in that show. Season 1 was magnificent, even if its action scenes weren’t anything to brag about compared to Daredevil. It did waver in certain episodes, but it was definitely the second best series behind Daredevil (until The Punisher came in blazing).

The second season of Jessica Jones only just came out, after almost three years of wait, with a bunch of other shows being delivered in the meantime (like Luke Cage, Iron Fist, The Defenders and The Punisher). Where things could possibly go for Jessica Jones was a complete mystery, even if we had the chance to see her cynical and sarcastic personality in The Defenders. Knowing that she probably was still fighting the ghosts of her last confrontation with Kilgrave, I imagined that season 2 would attempt to seek closure for the character and that is exactly where they kicked things off. However, was it all the season was going to be about? Not at all. And I think that is where the show sort of tripped and fumbled its way to the finish line.

While it was a far from a mediocre season, it definitely didn’t surpass its previous season. Season 2 sort of started things pretty slowly with only hints of story development at the end of each episode to keep us hooked. This made for a heavy-on-the-psyche viewing, but also gave me the perfect window of opportunity to pay attention to every detail. The show only really started to pick up its pace around episode 7 when it completely diverged from its storytelling strategy to offer us a flashback episode to the earlier days of Jessica Jones within Trish Walker’s family. I personally loved this self-contained episode for gluing a lot of pieces together and giving us a look at the happier days of Jessica Jones, but for also giving fans the origin story to a bunch of things we’ve taken for granted so far (i.e. the Alias name).

While the threat is being assessed during the first seven episodes and an attempt to coerce Jessica Jones into investigating the people at IGH who experimented on her was being developed, Jeri Hogarth, played by Carrie-Anne Moss, also got a fair share of screen time by giving fans a look into the life of a successful lawyer who discovers a health issue that strips her away from the one thing that she loves most: power. As if it this wasn’t enough, her career is also threatened, but her life being entangled with Jessica Jones opens her up to interesting opportunities that will put her on an extremely risky path filled with hope. Carrie-Anne Moss continues to shine in her role as a tough and independent woman, but seeing her so vulnerable and loose about who she trust was pretty crazy. 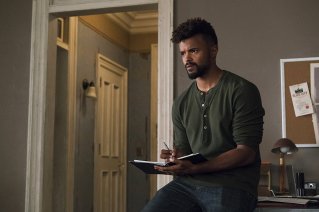 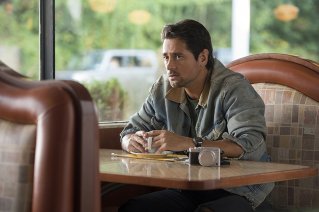 The show truly finds its footing once the character played by Janet McTeer gets introduced. Its her chemistry and relationship with Jessica Jones that will ultimately make the last half of the show a ride to remember. Literally. Thanks to Janet McTeer’s excellent performance and her role in this season, Jessica Jones is truly challenged and finally gets the therapy that she always needed. I loved how complex this relationship was and how things evolved till the end since it was truly an extraordinary situation that would not have been easy to deal with for anyone. Even a chick with superpowers. What I loved about it all too was how it explored the idea of being stuck in a box, both physically and mentally.

Personally, I found that a whole theme about cures was explored with great depth throughout the season and gave us something more to reflect upon besides all hunt for truth and happiness. From Jeri Hogarth cure to her health problems to Trish Walker’s cure to happiness, everyone was looking to find something that would give their life meaning again, even if it meant manipulating others and going down a path that would have severe consequences both to themselves but also to those they love. While every secondary character was going downhill, Jessica Jones was the only one that was trying to find her own cure to anger and booze by looking upwards. It was quite heartwarming to see it all developed in this season and also shows that there’s always a better way to look at things if only you let yourself see it.

Unexpectedly, Trish Walker was the character that I hated the most in this show. Every single decision she made was selfish and nothing about her warranted pity or tolerance. She sometimes also gave some pretty bad acting moments that made me cringe a little too hard, but her big moment at the end sort of catapulted my darker feelings towards her into a zone of no return. I do wonder how her transformation into Spoiler, highlight to read: “Hellcat“ will be like and where season 3 will go with her character.  However, I did love Malcolm in this season a lot. His character was honestly the realest and most authentic, even if he ended up looking like a doofus most of the time who was way too naive. But for a recovering addict who is trying to understand the learning curve to becoming a private investigator himself, he was pretty cool. His glowing moment at the end puts him back in tracks to forging his own path in life, but if he’s going to embrace vice or virtue remains a mystery.

In the end, season 2 wasn’t such a bad season at all, but it definitely could’ve been much more cohesive and better structured. Maybe being a bit more focused instead of having a lot of sub-plots explored could’ve helped, but at least it still turned out to be a great season of Jessica Jones that will only keep fans craving for more Netflix shows. Anyways, Kilgrave, played by David Tennant, is definitely a hard thing to top as well. I’d easily put the guy as one of the best live-action Marvel villains to have surfaced today. And since season 2 sort of went in a direction that didn’t have a clear-cut villain, you have to applaud it for remaining engaging and progressive in its story.

If you loved season 1, just go into season 2 with lower expectations and you’ll enjoy it. There’s a lot of closure that goes on, and a lot of themes being explored as usual, but ultimately Krysten Ritter continues to shine in her moody superhero jeans and leather jacket. This is where you’ll find out if Jessica Jones is a killer or a hero, and if she can embrace whichever entity truly represents her.

Have you read any of her comics?

Have you seen her show?