Have you heard about the phenomenon of Bullet Journals before? Or Bujos? The concept has been popularized by the blogger Ryder Carroll himself and he’s written a book about it.Esssentially, a bullet journal is whatever you want it to be. For example, I use mine to keep track of the activities I did during the week, creating my own templates for my daily tasks, list all of the movies I’ve watched and books I’ve read.

However, for this review I invited a special guest to review the book. He was the one who introduced me to bullet journals and the only one in my network who uses it regularly: my boyfriend, Will!

urpose (or mindfulness as the author likes to say): if I had to give a one word summary of the entire book that’s the word I’d use. Meant as a companion piece to the online tutorial, the Bullet Journal Method spends very little time exploring actual methodology and more time on the philosophy behind it. That makes sense when you think about it since the original system as presented is very minimal.

In short, Ryder Carroll argues that the benefit of bullet journaling is not so much as a planner or agenda, but more as a tool that forces you to consider which events or actions are or should be important to you and to discard the rest. While the to-do lists remains the same, the events bullets become reactionary instead of proactionary, accomplishing a purpose similar to actual journaling. This I find was an emphasis that was easy to overlook in the online version: reviewing or revisiting your dailies and monthlies is quite an essential component of mindfulness.

Borrowing heavily from stoicism (1) and Agile methodology (2), Ryder advocates a functional approach to bullet journaling, explaining how it helped him overcome his ADD. One can’t help but see it as a response to the sudden rise in online popularity of the aesthetic variants in the last few years on social media platforms (Instagram, Pinterest, Reddit). Personally, I think that the book does a good job of stressing the goals-first approach, especially for those newcomers who were attracted by its visual appeal, but then find themselves drifting off the system without knowing why. The beauty of a bullet journal is not (only) the artistic values, but the fact that it indicates a eventful and meaningful life of its owner: in the sense that everything you write down signifies a conscious choice to make it a part of your life.

Originally I didn’t like the book that much: as someone who’s both read Meditations and worked in software development (where Agile methodology is the trendy thing these days) and has been using bullet journaling for 2 years at the time of writing, I didn’t find it very mind-blowing (except for the 2 new collection introduced, mental inventory and 54321 goals, those were pretty cool). However after revisiting it, and having noticed a trend of practitioners falling of the wagon because they invested too much energy in the inertia-inducing artistic side of the bullet journal, I can see it having a purpose in helping those unaware of the ideas behind the method. 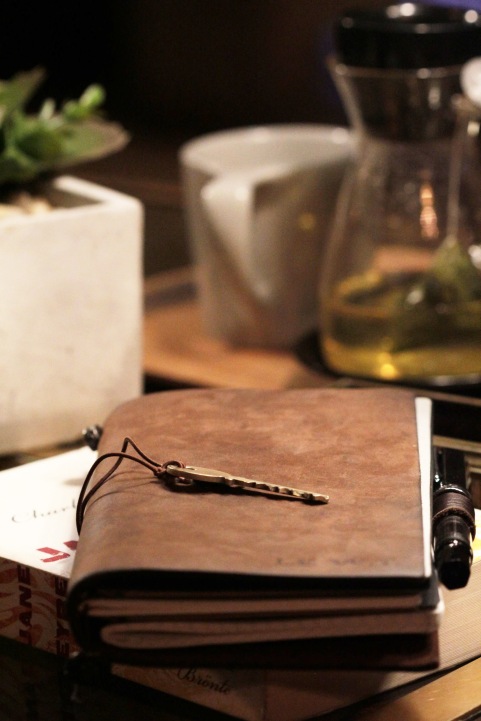 As a recommendation, I would say to treat the book not as a traditional linear prose, but as a coffee table book, to be picked up now and then, and read out of order. This makes it feel less repetitive (the writing style, while accessible, feels a little too formulaic: every paragraph is essentially a quote on its own), and gives the reader time to absorb the message as they progress along with their own personalized system.

In resume, while the book won’t surprise any long-time followers of the method, it does however serve its purpose at conveying the idea that the bullet journal is really an external memory device: it’s time-consuming analog nature and limited space forces the user to be selective about what it is they want to focus one, about what truly matters in their own life.

—
1. In stoicism, you can’t control the outcome of events, only your reaction to them. Thus the importance of

2. The quick and short of the Agile method is that it’s a productivity system based on splitting your goals into short actionable steps. Every subdivision has a name, and can be itself divided again. The important part is that every step is concrete and measurable.