Title: The Turn of the Key.
Writer(s): Ruth Ware.

In the modern age in which we live, we often find ourselves worried by the facility with which we are able to access everyone’s personal information with the click of a button. It’s even more disturbing when nothing you do could ever be kept a secret from the world with eyes everywhere, especially where you least expect it. However, there are some who revel in living a life completely exposed to the world, where every single detail is noted, recorded, and archived. At the heart of Ruth Ware’s latest novel is a home automation system in a house in the middle of nowhere and it is nothing short of eerie. Having read all of her books so far, I believe Ruth Ware has now found her niche and is killing it with her stories. If it’s not already the case, she has definitely climbed up to become a star among modern mystery writers.

What is The Turn of the Key about? Serendipitously stumbling upon an ad with an offer that seemed too good to be true, Rowan Caine pounces on a nannying job opportunity looking to change her life for the better.  What she doesn’t know is that she was never going to be ready to move to the Scottish Highlands, in a “smart” home that blends classic gothic victorian architecture with ultra-modern technology and kids who are the Devil incarnate. Not to mention that the creepy camera surveillance, the strange poison gardens, and the mysteriously disappearing objects were bound to complicate her life, especially when she discovers the death of past residents in this very home, as well as the presence of ghosts who might still be roaming around at night. Written in the form of letters to a lawyer that could maybe help exonerate her, she recounts her short-lived time as a nanny at the Heatherbrae House owned by Sandra and Bill Elincourt. But will it be enough to prove her innocence?

Ruth Ware nails the setting in The Turn of the Key. Drawing upon some of the most common fears around privacy and technology, she looks into exploring the creepiest and darkest corners of a ‘smart’ home almost entirely controlled by an application. Through a paranoid protagonist, she allows the uncomfortable and disturbing feeling of being constantly watched to crawl under the skin of the reader and set their imagination wild by planting ideas of all the ill-intentioned activities imaginable that could be going on in this isolated home. Interestingly, Ruth Ware also merges two styles of architecture, classic and modern, in an unharmonious yet plausible fashion that makes it easy for the reader to imagine every single detail of this environment. The setting is simply a quintessential component to the suspense that is built in this steady-paced mystery.

While the pacing isn’t always perfect and the mystery only really kicks in around the halfway mark, the prose is fantastic, completely immersive and makes for an addictive read. Ruth Ware’s writing style allows for such a suspenseful story to unfold, first exploring the tough life of nannies and the trust they need to build with kids and then introducing all the red herrings necessary to hook you in and never let you go. It was fascinating to see how she also seamlessly transitions from speaking directly to the lawyer—almost giving the impression that she was breaking the fourth wall to speak to the reader—to telling a story with all the details in the world to put you right in the shoes of her protagonist. Past the first half of the novel, into the final act, readers need not worry of the pacing as everything tumbles into a grand finale that I never got the time to see coming. While I feared the worse for the ending, trust in Ruth Ware to end with all the answers delivered on a silver platter.

The Turn of the Key is a suspenseful and brilliantly-written mystery where secrets lead to uncomfortable revelations within a “smart” home like none other. 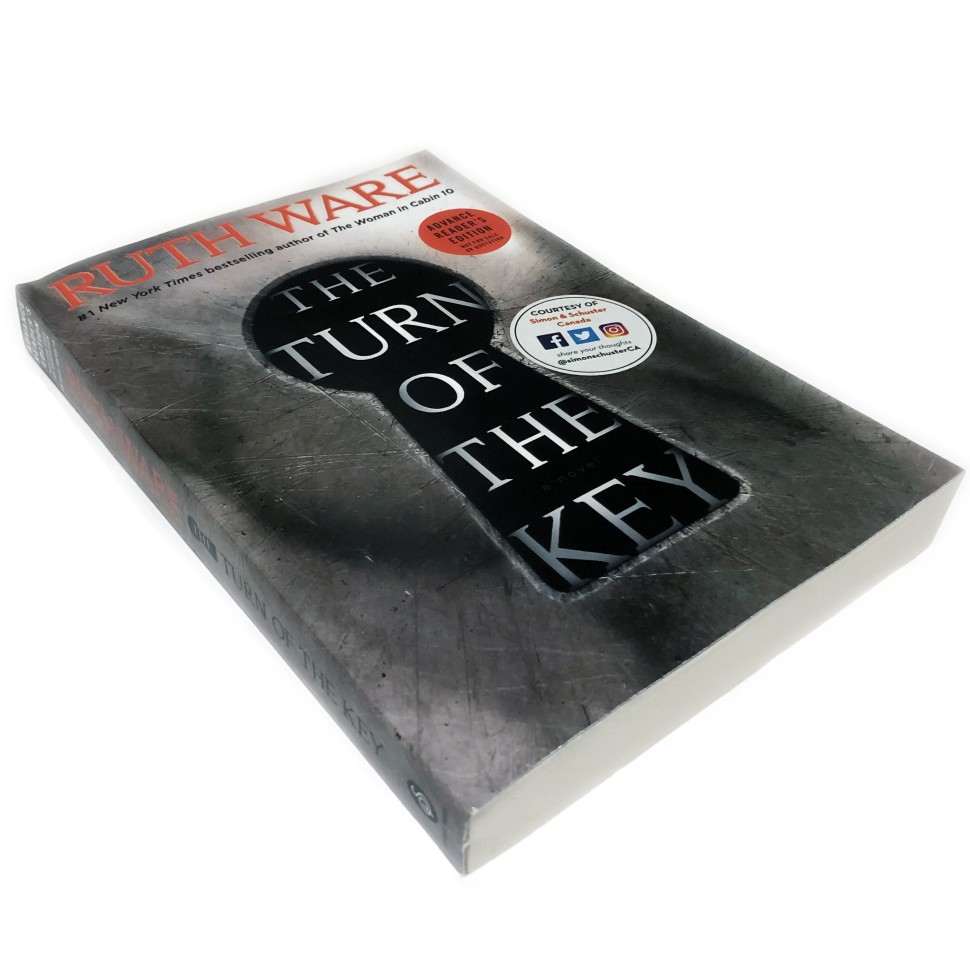 Thank you to Simon and Schuster Canada for sending me a copy for review!