Title: Fate of the Fallen.
Series: The Shroud of Prophecy #1.
Writer(s): Kel Kade.

There’s this conception in life about saviours that has been utilized countless times to tell tales larger than life. With an individual that is burdened with a destiny to save the world from knowing its end, often spread through rumours, legends, and prophecies, we’ve come to admire their trials, facing some of the worse challenges that life could throw at them. It’s the frequency at which we’ve heard these kinds of stories that turn them into such derivative adventures, tales where everything seems so predictable with an ending so foreseeable. As we come to get used to this formula, we often overlook these stories with the classic chosen one trope serving as its fundamental premise, hoping to lay our hands on something more original, where the general idea of the story doesn’t solely rely on one hero making the big decisions. However, what would happen if destiny was to be defied? What would happen if the one who was meant to save them all had to depart from this devoir by giving it to the next available hero? Leave it to Kel Kade, author of the King’s Dark Tidings series, to explore this in a brand-new fantasy series.

What is Fate of the Fallen about? The story follows two best friends living their lives to its fullest. While Mathias lives under a draconian grand-mother and is content in becoming the town mayor someday, Aaslo is an orphan who strives as a forester, tending to the needs of nature, while he has the love of his life by his side. It’s when they discover that the world is threatened by an unknown force and that Mathias is its saviour that their lives are flipped upside down. Completely putting aside the plans they had for each other, what they had envisioned for themselves, they are rerouter onto a mission that requires them to think beyond their own selves if they want a future at all. What they don’t know is that Aaslo might not be the chosen one but it is his faith to accompany his best friend to accomplish his prophecy, no matter the costs.

“Life and death, peace and war—the first would not be appreciated without the second.”

There’s plenty to love in what Kel Kade accomplishes with Fate of the Fallen. The fact that this story kicks off by taking the familiar chosen one trope and giving it a dramatic twist assures the reader of a very enchanting adventure. In fact, this story takes away the odds that the reader knows beforehand that there is only one possible outcome for this story by inviting doubt into the reader’s mind as they wonder if our heroes can accomplish a prophecy without the chosen one being at the heart of all the decisions. Unfortunately, that’s where this story ends in its ability to entice me from start to finish. While there are plenty of obstacles for our heroes to face throughout the relatively linear mission at hand, these very obstacles were never really fleshed out to my taste as it ended up feeling like there were a lot of small-time events without ever really exhaustively exploring each of these elements. Don’t get me wrong. It has all the pieces to play the game, it just didn’t feel like every piece was polished to my satisfaction.

Where it also struggled to keep me hooked was in its characters. I found myself conflicted as my interest in them wavered as I progressed in the story. Besides some excellent side characters introduced later in the adventure (especially the thieves Peck and Mory), I couldn’t get behind the banter between the two best friends, and this was even more the case when Mathias turned into what can be understood as an extremely annoying nagging voice at the back of your head. Something about the arrogance and psychological torture felt unnatural and uncharacteristic when compared to how they acted before the chosen one story kicked in. This unfortunate issue was also felt when the overlaying plot revolving around Gods playing humans like pawns was introduced as I couldn’t wrap my head around their portrayal despite my curiosity regarding their role in the grander scheme of things. I simply felt like I was dragging a corpse to the finish line, hoping that something would eventually fix all the flaws I ran into.

Fate of the Fallen is an original yet depthless take on the chosen one trope as it explores the innocent quest for survival of ill-fated heroes. 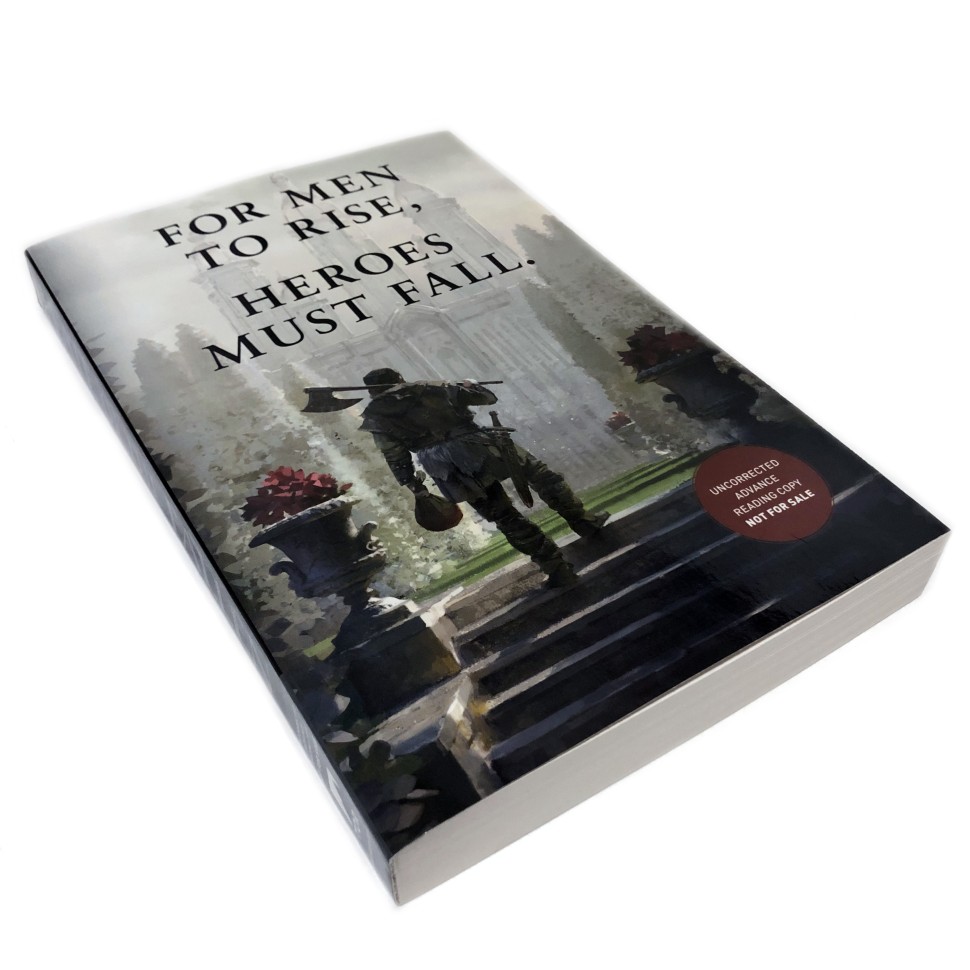 Thank you to Raincoast Books for sending me a copy for review!