I have not heard about Salman Rushdie before receiving this book and I am ashamed of my ignorance haha. Author of 13 novels, who won several prizes, his books have been translated into over forty languages and he has returned in 2019 with Quichotte.

It was hard for me to get into the story of at first because it was uncomfortable but oddly funny as well. Then, I started to notice all of the parallels with Don Quichotte and that’s how it started to kick in. It’s relevant to mention that Don Quichotte is one hell of a realist novel. One common trope of realism is the shocking realization between illusions and reality which forces the main character to re-adjust his self identities and how he perceives the world. In this case, both Quichotte and Sancho, who both have very similar backgrounds, being a victim of abuse because of their Indian origins, struggle with their realities and embark in a rather crazy quest. 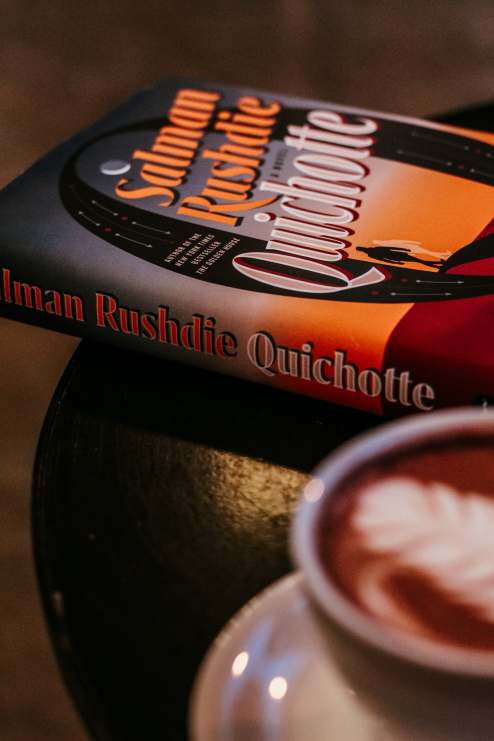 This novel is  very rich and dense, while adding some clapbacks to all of the references in pop-culture, making us feel like Alice in Wonderland and Pinocchios. Rushdie turns to our cultural age to describe it as “The Age of Anything Can Happen”, no truer words have been said.

There were no rules any more. And in the Age of Anything-Can-Happen, well, anything could happen. […] It was no longer possible to predict the weather, or the likelihood of war, or the outcome of elections. Men who played presidents on TV could become presidents.

However, like any other dense stories the execution seem a bit exorbitant. As I was reading the novel, I start to realize that Rushdie spread a net that it was far too much for him to handle. He wanted to mention way too many themes, as if he just decided to rage war against Google and exposes his history searches about anything and everything.

If you want to give this novel a try, I would recommend reading Don Quichotte either before or after this novel. Just being able to see the parallels between the two novels would give you a better understanding of this genre.

Big thank you to Penguin Random House Canada for giving me a copy for review !