There’s development and then there’s DEVELOPMENT. Inside an epic fantasy world, the author possesses full control over the intricacies of the universe he’s building from the ground up. Whether it’s the past, present or future, he can mesh together history, politics, religion, science, psychology, and so much more, without having a single creative barrier. It only gets better when you follow characters who learn through experience, grow into wiser individuals, and transform into exemplary figures for others. For a reader, this is as close to literary heaven as he can get, especially if they’re sold as to what the characters, the setting, and the world has to offer. New York Times bestselling author of the Night Angel, Brent Weeks continues his Lightbringer series with a story arc luxuriating in misery, secrecy, deception, and revelation. Continuously sharpening his writing skills, he outdoes himself once again and delivers a refreshing and comfortably familiar journey that relentlessly grows into an evermore chromatic world.

What is The Broken Eye about? Following the events that took place in The Blinding Knife, the story continues the adventures of multiple recurring characters now facing complicated predicaments that pushes them into discovering unimaginable secrets hidden within the Chromeria. While some are captured by evil foes, forcing them into a life flipped upside down, others are on the hunt for solutions and answers that will help them avoid a civil war. With old gods being awakened and satrapies being splintered, it is through secret wars that things are being shaken up. Between Kip, Teia, Gavin, Liv, and Karris, the story unearths the mysterious mythology at the heart of The Seven Satrapies while diving deeper into the myriad of prophecies teased since the beginning of the Lightbringer saga.

Author Brent Weeks delivers another outstanding and mind-numbing chapter in his series where he complexifies his intricate magic system and the evergrowing world with no respite. It was already an ingenious and magical mechanic that was brilliantly brought to life in The Black Prism but, this time around, he somehow manages to add dazzling ramifications that not only deconstructs certain established concepts about drafting but also rebuilds the historical, religious, and political facets that were associated to the color magic called Chromaturgy. While the Chromeria seemed to be the head behind the ongoing regime, the story unravels secret organizations and a network of allies and adversaries that have managed to proliferate under the noses of elites. It’s the awe-inspiring plotting that ultimately elevates the story-telling to the next level and allows the sensational finale to set the foundation for the next story arc.

As the tension around The Seven Satrapies increases tremendously, one would imagine that only certain key characters would play a quintessential role in the denouement. Author Brent Weeks showcases his unmatched writing talents in this story arc as he brilliantly weaves a multi-layered narrative through a motley of characters—even with the silly humour fused into their internal thoughts or their banter with one another. Gavin Guile experiences a life flipped completely upside down as he faces the wrath of an enemy that sees him as something less than nothing. Kip Guile is stuck with a terrifying force who wishes his death as he learns through trial and error what he is capable of. Karin White Oak is forced into putting aside her combat skills to utilize her wit and coordinate assets hidden in the region. Even the rest of the cast, through excellent use of third-person narration, remain unquestionably relevant and impactful in the grand scheme of things as they all grow into powerful individuals with a purpose given to them through duty, dreams, or destiny.

The Broken Eye is a stunning and cunning epic exploring fragile convictions, twisted politics, and rich lore within The Seven Satrapies. 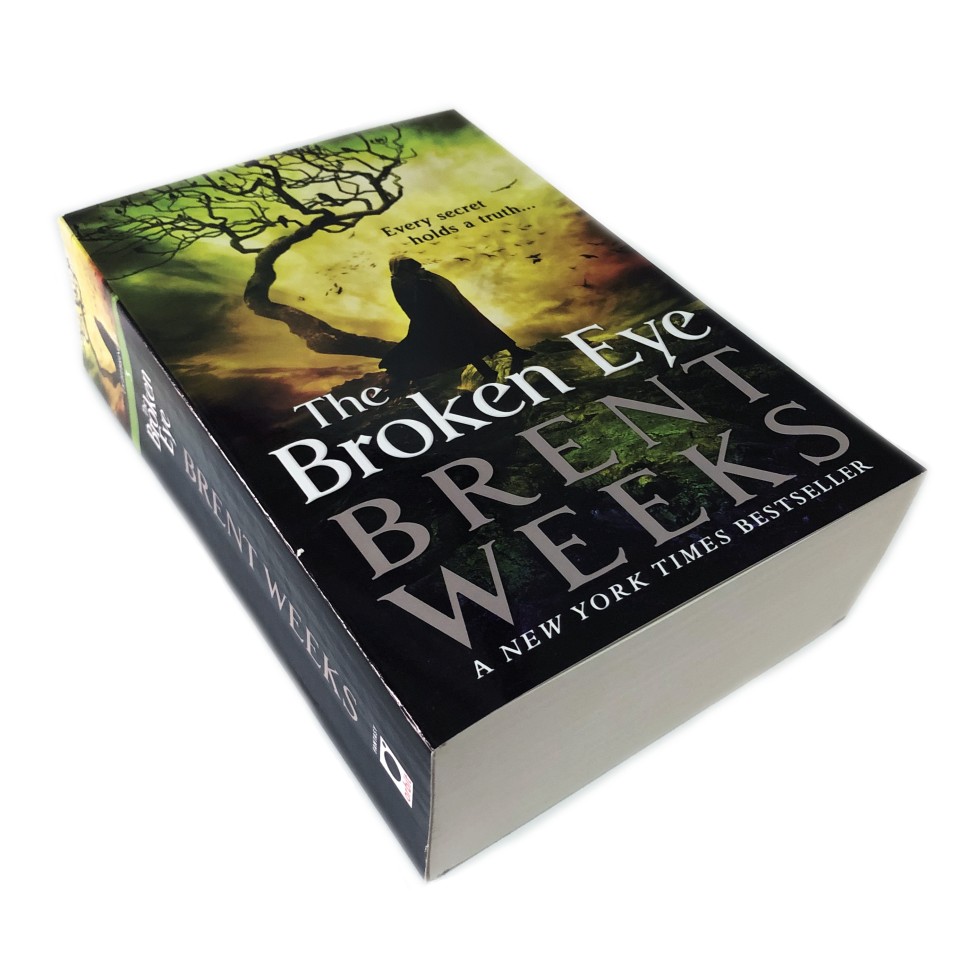 Thank you to Hachette Book Group Canada for sending me a copy for review!