By the end of this story, you will pray to receive an acceptance letter to Hogwarts, to belong to a House based on your personality, to learn spells and brew potions, to fly and vanish in thin air, to face mystical creatures, to unveil dangerous conspiracies, and to defeat evil wizards. Spell-binding and inspiring, British author J.K. Rowling introduces a magical and mesmerizing world where nothing is impossible for an orphan child destined to be a wizard. Published in 1997, the series saw its fandom explode with feature-length films forever being a part of everyone’s popular culture while the books set the modern-day standards for all young adult fantasy novels as it becomes the epitome of fantasy stories set in academies or magic schools.

What is Harry Potter and the Philosopher’s Stone about? Following the mysterious death of his parents, Harry Potter now lives an unbearable and unforgiving life with his relatives, the Dursleys. Resigned to living a life that does not rhyme with greatness, he embraces his resilience with warmth and gratitude. Fortunately for him, this young man is bound to achieve incredible feats in his life when he discovers his destiny as a wizard through a friendly giant named Hagrid. It’s once he accepts his invitation to attend the Hogwarts School of Witchcraft and Wizardy that little Harry Potter learns of his unbelievable powers and the double-edged fame attached to his name. Although he has much to learn on who he’s meant to become, it is on this enchanting adventure that he not only sets himself up to figuring out who he could become but he also grasps that he isn’t alone anymore.

It is difficult to not describe the world created by author J.K. Rowling as enthralling. Written like an episodic adventure into a magical land with mystical creatures, the story follows the young hero, dazzled by innumerable revelations regarding himself and the life he’s guided into, as he’s finally rewarded with a ticket out of his mundane life as a muggle. Inquisitive and brave, he doesn’t allow others to break him down as he endures unfairness with his gentle heart. Accompanied by newfound life companions, he finds it in himself to stand tall when facing adversity and strives with the unprecedented support he now earns for the virtues he embodies. It is the naive, innocent, and whimsical traits within the protagonist and his friends that allow the wonderful world to be brought to life. Imagination simply becomes J.K. Rowling’s greatest asset in conceiving Hogwarts and its surroundings.

Drawing upon a classic chosen one narrative, the story doesn’t, however, limit itself in delivering an introduction to a multi-layered world. It sets up the pieces to a complex and rich plot but especially takes the time to tackle important lessons that allow the reader to better understand each character’s predicament. One of its most omnipresent themes explores the phenomenon of bullying and sheds light on the importance of getting back up rather than staying on the ground. The story also looks into ideas of friendship, family, grief, and desire through various chapters that allow each character to build their personalities from the ground up. By thus bringing the readers to quickly establish an intimate connection with these characters, it is safe to say that J.K. Rowling only had to keep things rolling in terms of plotting for this debut novel to capture the hearts of readers all around the world.

Harry Potter and the Philosopher’s Stone is a bewitching entrée into the wizarding world where tragedy transfigures into prophecy. 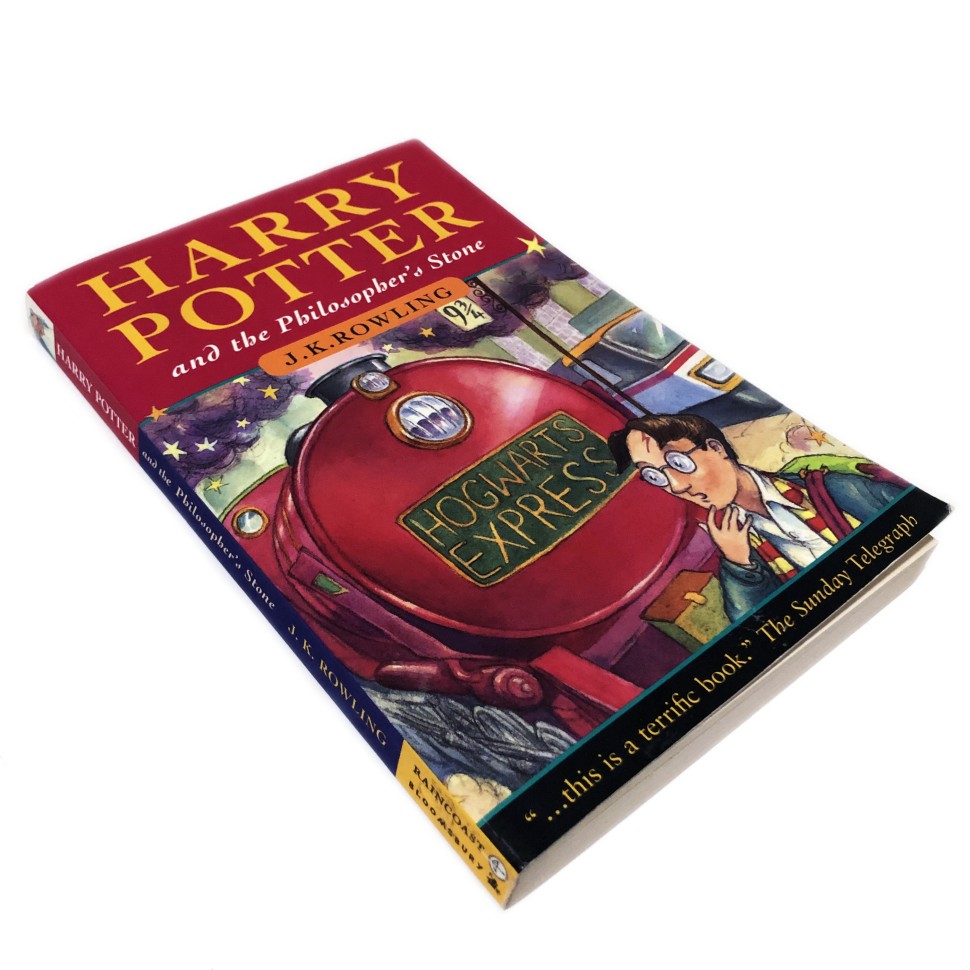 Based on the first novel released in 1997, the first movie directed by Chris Columbus came out in 2001 and spawned seven sequels as it became one of the most beloved franchises of all time.